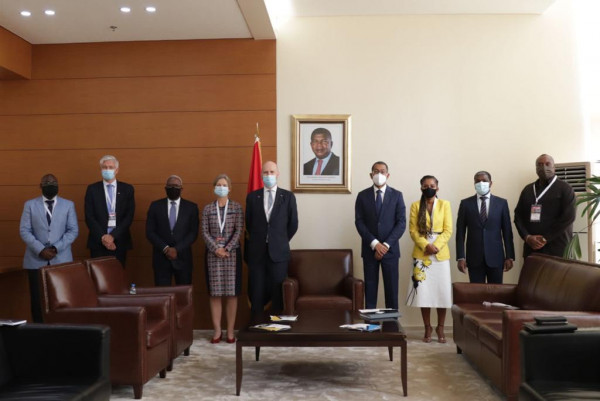 Senior Vice Presidents of Equinor Exploration and Production International, Paul McCafferty and Gustavo Baquero, and Nina Koch, Equinor’s Country Manager, attended the high-profile Angola Oil&Gas (AOG) 2021, organized by Energy Capital&Power (www.EnergyCapitalPower.com) in Luanda on the 9th-10th of September. Reinforcing its commitment to Angola, as well as their successful collaborations with the Angola authorities, McCafferty, Baquero and Koch drove a strong discussion on the current and future challenges faced in the industry.

Celebrating 30 years in Angola this year, the Norwegian-based energy company shared its achievements, future plans, as well as solutions to the challenges faced in the global oil and gas industry. A partner in eight offshore producing fields in the Congo basin, Equinor has been a driving force of the country’s exploration and production industry. With equity production of around 120,000 barrels of oil equivalent per day, the company is committed to deepening partnerships in Angola so as to enhance sectoral activities and further position the company as a top hydrocarbon competitor.

At AOG 2021, company representatives played an active role in a variety of high-level panel discussions, promoting both the company’s position as a global energy leader, and Angola’s position as a top hydrocarbon market.