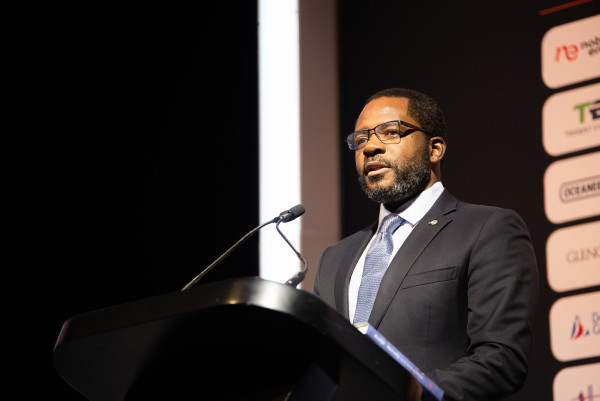 The Republic of Equatorial Guinea’s Minister of Mines and Hydrocarbons HE Gabriel M. Obiang Lima in a meeting held today in Malabo announced his ministry’s withdrawal of this Year’s edition of Africa Oil Week, due to be held in Dubai. The minister expressed his disappointment, that the organizers of this erstwhile for Africa critical event, London Based Hyve group had decided to move the event away from Africa.

Minister Obiang Lima further stated, that he will send a letter to all IOCs and service companies operating in Equatorial Guinea, strongly encouraging them not to go Africa Oil Week in Dubai. He urged fellow ministers and other industry stakeholders to not participate in the Dubai initiative.

The minister reminded the meeting about the story of President Obiang hosting the Africa Nation’s Football Cup with two months’ notice when Morocco declined to do so as previously agreed due to fears of the Ebola crisis, rather than let Qatar host the cup. This is not the time to abandon Cape Town, South Africa and Africa. In addition to this, the minister looks forward to seeing Gwede Mantashe, Minister of Mineral Resources in Cape Town to further promote the African energy agenda through development and deal-making participation.

According to HE Gabriel Obiang, Duncan Clarke's vision and love for Africa and it's oil industry should not be forgotten. He credits Duncan Clarke for helping so many countries showcase their resources and attract investments and urged the African Energy Chamber to continue that legacy as it more critical now than ever.

Minister Gabriel will engage in an aggressive investment drive over the next six months and will be in Cape Town, Houston, Doha, and other cities to promote investment opportunities in Equatorial Guinea. He pledged to work with other ministers from the CEMAC region and the African Energy Chamber on finding solutions concerning the Central Bank’s (BEAC) new currency regulations. According to him, IOCs and Independents have to be welcomed in the region and we must create and enabling environment.

The African Energy Chamber thanked the Minister for his strong support for South Africa and Africa.

“Many Africans got into Oil and Gas because of Duncan Clarke. He opened doors for so many. That legacy must be respected and preserved.” Stated Leoncio Amada Nze, President of the African Energy Chamber, CEMAC Region.

“When you're dealing with an issue like this, you don't need everyone. You just need to be effective and we thank Minister Gabriel Obiang for his effective advocacy for Africa in times of crisis.” Added Mr Amada Nze.

"Our work to support the African Oil and Gas sector, will lead to a lot of changes on how Africa is viewed and how we respect this continent and it's people. We must be patient, whatever temporary inconvenience there may be, in the long run it will be better for everybody.” Concluded Mr Amada Nze.

SPACs are rising: 35 deals worth over $100bln announced in July