Senegal?s Mining Industry: A Cornerstone of the National Economy (By Miguel Artacho) 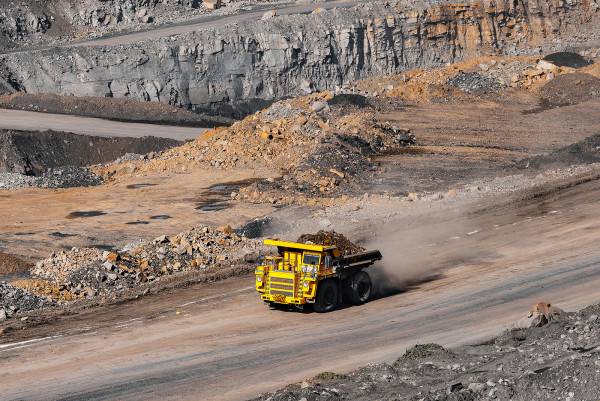 The mining sector is a core component of Senegal´s export industry and contributes strongly towards national revenue and foreign exchange. The government of Senegal aims to significantly increase foreign direct investment (FDI) into the extractive industries to support long-term economic development objectives as outlined in the Plan Senegal Emergent (PSE).

Although the most well-established aspect of the sector is the sourcing of construction materials – including stone bricks, clay, aggregates, gypsum for cement production, granite, peat, sand, gravel and rock-salt – there are other even more potentially lucrative segments of the mineral value chain that currently remain below full capacity in terms of exploration, attracting new FDI, as well as generating higher commodity export revenues. The country enjoys notable reserves of iron, precious metals like gold and platinum, copper, chromium, nickel, zircon and titanium.

The Extractive Industries Transparency Initiative (EITI) notes (https://bit.ly/3zdI3CC) that the production of zircon by mining company Grande Côte has led to significant infrastructure investment in Senegal including the development of a 30,000m2 storage terminal at the autonomous port of Dakar, the construction of a 36 MW power plant and the rehabilitation of a 110Km railway tract from Mekhé to Tivaouane, Thiès and Dakar.

A Diverse Mix of Minerals

In addition to some of the minerals currently being extracted in traditional mines or quarries; the Senegalese subsoil is rich in deposits of other equally useful substances. For instance, the government of Senegal notes that interest in Senegal´s heavy mineral sands has grown rapidly in recent years in view of the potential it offers. The sand dunes along the Atlantic coastline host large-scale deposits of industrial heavy minerals such as zircon, titanium and ilmenite.

Eastern Senegal is also blessed with substantial mineral resources which are currently under production. Senegal´s Investment Promotion Agency APIX notes that mining prospecting and geological mapping have revealed both metallic and non-metallic minerals including platinum, chromium, silver, manganese, industrial clays, as well as a variety of ornamental stones that are widely used in the Senegalese handicrafts industry. Furthermore, the eastern part of the country has substantial marble reserves with six different varieties which are located mainly in the areas of Ndébou, Bandafassi and Ibel.

There are a number of local and international companies that are actively mining for gold in Senegal. The Sabodala-Massawa project is currently the largest producing gold mine in Senegal. Since 2009, Sabodala has produced more than 2.6Moz of gold. It is owned by Endeavour Mining with a 90% stake with the remaining 10% owned by the government.

In addition, the Mako Gold Mine, located in eastern Senegal, is owned and operated by Resolute Mining´s Senegalese subsidiary, Petowal Mining Company.

Other players include AGEM IAMGOLD which has signed a 20-year concession with the government to operate the Boto Gold Mine, located on the border with Mali, with the capacity to produce an average of 130,000 ounces of gold annually over an 11-year projected mine life-span.

Iron-ore production is equally consolidated as a major and potentially lucrative sub-sector of Senegal´s mining industry. According to APIX iron deposits are located in four distinct areas and proven reserves are estimated at more than 750 million tons. Most noteworthy is the Falémé project in the southeast of the country, which has an annual production of 15-25 million tons of iron ore. The project has been developed as part of the major infrastructure drive outlined in the PSE to upgrade transportation infrastructure as a means of attracting FDI into strategic sectors of the Senegalese economy, like mining or hydrocarbons. The development of the Falémé project is being integrated with the large-scale construction of new road and port infrastructure that connect to the mineral port of Bargny, where many of Senegal´s minerals are sent to global markets for export.

Chicago-based law firm Mayer-Brown that advises clients in a variety of sectors including the extractive industries, notes that in excess of $5 billion has been invested into Senegal´s mining sector from 2000-2015 and the government of Senegal wants the country to become one of Africa´s top seven gold producers, with an annual production of 17 tons of gold by 2022 (https://bit.ly/3tD4Jek).

Senegal possesses significant phosphate reserves estimated at between 1 million and 500 tons, which places the country among the world´s top ten phosphate producers. Much of this industry is centered on the exploitation of the substantial lime phosphate deposits in the Thiès region, not far from the capital city of Dakar. These phosphates are a key ingredient for manufacturing fertilizer, an essential input for the agriculture sector which employs the bulk of Senegal´s population.

The phosphates industry has been growing strongly since the 1940´s. Today, Industries Chimiques du Senegal (ICS) is one of the largest phosphate producers in the country. The company is vertically integrated to produce the essential raw materials needed to operate its large fertilizer and chemicals complexes throughout the country. The Matam phosphate deposits are another major resource in this sub-sector of the mining industry.

Senegal has been successful in developing the mining sector due to the modernization of the mining code that took place in 2016, coupled with the many improvements in the investment climate that have taken place under the administration of H.E. President Macky Sall, who made mining industry reform one of the top priorities since his election in early 2012.

Some of the key changes the Mining Code has introduced is a simplification of the terminology. In its analysis of the new legislation Mayer-Brown reported (https://bit.ly/3tD4Jek) that the previous mining code caused confusion among investors with terms like “mine permit” and “mine concession.” The reviewed Mining Code significantly simplifies these titles whereby a company can now apply for “a small mine permit” or “a mining permit.” The first allows investors to an initial term of five years with no limit in the number of renewals. And mining permits do not have any limitations to the scale of operations, with the added advantage that the concession can go from five-20 years, the duration depending on the type of mineral reserves identified and the sum of investment required to exploit them successfully.

APIX notes (www.investinsenegal.com/en/) that the government, in consultation and close collaboration with the various stakeholders in the sector, has developed a mining policy aimed at improving the overall yield and profitability of the extractive industries, attracting national and foreign investors, and in particular, emphasizing that the mining industry is capable of generating wealth and creating sustainable employment. In order to fully capitalize upon the huge potential of the mining sector, Senegal has undertaken a comprehensive policy of opening up the industry to foreign investment. The Mining Code enables Senegal and a local or international mining company to enter into a production sharing agreement (PSA), thus giving the mining firm the exclusive right to research and mine the prospective area, and hence recover its investment through the sale and export of the mined substance. As is generally the case with PSA´s around the world, the profits from the sale of the product are then split between the government and the individual mining company.

Another crucial aspect of the Mining Code is a renewed emphasis on transparency throughout Senegal´s mining industry; a trend that is already a pivotal aspect in other extractive industries such as Senegal´s burgeoning hydrocarbons sector whose various world-class oil and gas projects are coming onstream in 2023. In compliance with the legislation and various recommendations form the EITI (https://eiti.org/senegal), under the Mining Code mining companies as well as the State are subject to far more thorough audits as well as all mining revenues owed to the State being published in publicly available statements as a means of ensuring accountability and transparency.

In addition to all of the potentially lucrative minerals in Senegal, what is undoubtedly one of the most valuable elements to the long-term future of the industry, and the country´s ability to attract new investment, is Senegal´s long and successfully established credentials as a democracy and the country´s peace and stability. A factor that helps provide peace of mind to current and potential future mining sector investors. They can be assured that their investment in Senegal will be both safe and lucrative.

In response to growing demand for renewable power, and increasing interest by international stakeholders to invest, develop, and succeed in Africa, Energy Capital&Power will hold the MSGBC Oil, Gas,&Power 2021 (https://bit.ly/3C9YHVB) conference and exhibition on the 1-3 December 2021. Focused on enhancing regional partnerships, spurring investment and development in the oil, gas and power sectors, the conference will unite regional international stakeholders with African opportunities, serving as a growth-oriented platform for Africa’s energy sector.