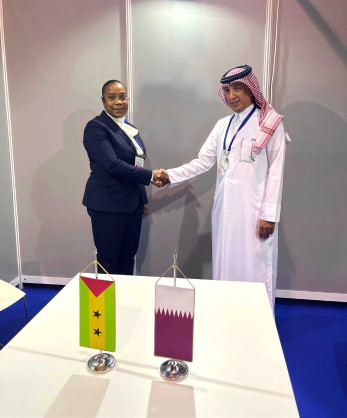 HE Minister of State for Foreign Affairs Sultan bin Saad Al Muraikhi met today with HE Minister of Foreign Affairs of the Democratic Republic of Sao Tome and Principe Edite do Ramos da Costa, on the sidelines of the ceremonial meeting marking the 60th anniversary of the Non-Aligned Movement, which took place in the Serbian capital Belgrade.

The meeting dealt with reviewing bilateral cooperation, and a number of issues of joint interest.