Private travel is leading the Middle East's recovery, with UAE travellers prioritising space and safety. The Maldives, African safaris and local staycations are among the most popular holiday options

While safety remains important in the new normal, travel and hospitality providers expect private travel from Middle Eastern source markets to continue to lead the sector’s return over the Eid period and beyond.

Although the industry has faced one of its worst years, the leisure-focused private travel segment is rebounding, with bookings from the UAE and other GCC countries on the rise, possibly because many residents are sitting on more savings.

“Initially, there was a dead stop, but luxury travel has now become the first sector to recover,” says Deborah Calmeyer, CEO and founder of ROAR Africa, a luxury travel specialist with curated experiences in 13 countries. “There seems to be a great interest in Kenya and Rwanda for Eid, with families booking for much longer safaris of two to three weeks and buying out the exclusive use of lodges.”

“Both destinations are five hours’ direct flight from Dubai, so [they are] very easy and safe to access. All of those in the tourism [business] in these countries are vaccinated,” she added.

Meanwhile, the Velaa Private Island in the Maldives reports an average occupancy of over 80 percent since November, with waiting lists for some rooms. General Manager Wayne Milgate expects that trend to continue over the upcoming holiday season.

“In general, we usually experience a high demand for bookings over both Eid holidays from the GCC region with very short lead time, and I would say that this year is proving to be quite similar even with the current market status. We are noticing that more of our guests are looking for longer stays and even more privacy than previously,” he says.

He added as well that island buyouts range from $1.2 million to $3.5 million per night depending on seasonality, and they often average five nights per stay.

Within the Middle East, the resort’s main source markets are Saudi Arabia, the UAE, Bahrain, Qatar and Kuwait, comprising about 15 percent of total annual occupancy.

“We usually receive a couple of buyout requests per year; however, this number has increased significantly during the last year. Our expectations are for this to increase in the short term with strong enquiry, and in addition we expect this to improve in 2022,” Milgate says.

The country’s one-island-one-resort policy fits an increased trend for whole-island buyouts catering to multi-generational families, a characteristic of the GCC market.

“It is with this in mind [that] we anticipate strong enquiry from this market. Since the current situation is often changing, it’s difficult to forecast the enquiries for the second Eid, but we can already see a slight demand from the region over this period too,” Milgate adds.

The Maldives is currently open to tourists who have had a PCR test for the coronavirus. The country has also announced plans to offer vaccinations for tourists, but the scheme has yet to be rolled out.

JUNE’S THE MONTH TO WATCH

The global travel and tourism industry suffered a loss of almost $4.5 trillion in 2020, according to the WTTC. However, the body estimates that the sector’s contribution to GDP could rise by 48 percent this year if international mobility resumes by June.

In January, based on a survey for the upcoming Arabian Travel Market (ATM) trade show, research firm YouGov reported that 46 percent of Middle Eastern luxury travellers plan to travel internationally during 2021, with about two-thirds that number planning at least two trips over the next 12 months. Approximately 52 percent of respondents want to take a staycation this year. The figures are not mutually exclusive. However, the survey also says the region’s total tourism spending is only forecast to recover in 2023.

Global luxury travel was worth $363 billion in 2019, according to data from the ATM organisers.

“According to Google Trends, online searches for ‘2021 holiday’ have increased by an incredible 124 percent since the end of March, so it’s clear that people are using the lockdown to research this year’s getaway,” says Nadège Noblet, Managing Director of Nanou, a destination marketing company, and a former ATM exhibition manager. “With vaccines becoming more widespread, we will soon witness growing traveller confidence.”

Demand within her network is coalescing around wellbeing destinations and private resorts with open spaces such as in the Maldives, the Seychelles, Zanzibar, Morocco, safari tourism in East Africa, and staycations in the UAE.

At the time of writing, approximately 35 countries around the world do not require UAE travellers to quarantine on arrival, according to a round-up by metasearch travel engine Wego. However, requirements vary, and can include PCR tests and on-arrival health screening.

Private travel has become increasingly popular over the pandemic. Vista Jet, the business aviation company that is often called the Uber of charter travel, has reported a rapid acceleration in demand over the past year across different segments. Corporate bookings for the company’s private jets surged by 49 percent globally in 2020. Its membership program saw a 29 percent increase in new subscriptions, with the Middle East accounting for a tenth of that figure. Its on-demand services for ad hoc travellers also rose by a record 15 percent year on year. 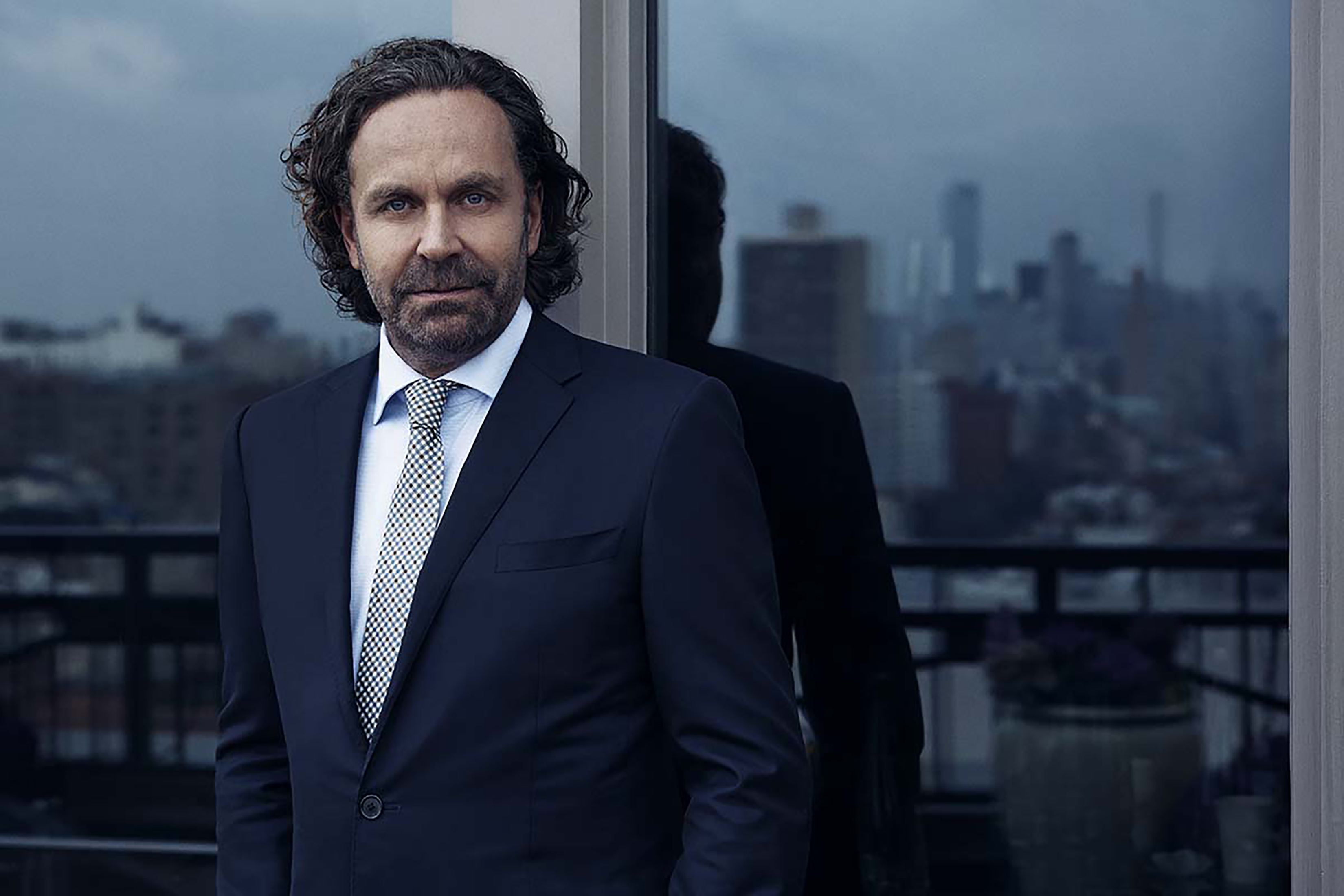 “This extraordinary explosion in demand has continued into 2021 with increasing requests from both corporate and first-time fliers wanting to travel safely and without delays across the globe,” says Thomas Flohr, founder and Chairman of VistaJet. “Pre-pandemic, only around 10 percent of people who could afford to fly privately did; now 71 percent of VistaJet’s new incoming requests are from passengers who have not regularly used business aviation solutions in the past.”

A VistaJet survey at the end of 2020 found that 79 percent of high-net-worth respondents would be more inclined to travel by private jet than before, because they view it as safer and more reliable. “One of the key draws for our members is the small number of touchpoints: just 20 when flying private, opposed to 700 flying commercial,” he says. Such touchpoints could include sharing an aircraft (and a terminal) with strangers of uncertain health status.

The Middle East consistently ranks among VistaJet’s top markets, with the most routes being to Russia, Turkey, Greece, Egypt and the UK, besides intra-Middle East flights between the UAE, Saudi Arabia and Kuwait. “While there has been some interruption in recent months, the UAE remains particularly active, accounting for 34 percent of the total flights in the market,” Flohr says. “Dubai became VistaJet’s number one hub in the world for the first time [over both airports].”

Tahnoon Saif, CEO of Mohammed Bin Rashid Aerospace Hub, says jet movements at its VIP terminal have been increasing steadily since last July, thanks to a largely successful national vaccination campaign and the emirate’s status as a preferred destination for tourists and investors.

“We look forward to sustaining the momentum of aircraft movements as Dubai gears up to [welcome] the world to Expo 2020 in October,” he says.

Travel may have begun to rebound, but uncertainty remains around pandemic restrictions and coronavirus variants. Consequently, regardless of travel category, Noblet cautions travellers to expect the sector to remain adaptable over the coming year.

“Flexibility is expected, and the industry will no doubt have to adjust to this along with stringent safety precautions. Money-back guarantees will be part of managing expectations, with options to change dates without additional charges,” she concludes.

Travellers from GCC can soon enjoy a quarantine-free Swiss holiday

Who is buying Dubai's villas, apartments?

France's Macron says G7 is not hostile towards China

Italy's Draghi says G7 had to be frank about China