Dubai and Abu Dhabi are among the top ten most desirable destinations for people who are looking to relocate, beating out international capitals like London, New York and Paris, according to a new global study.

The Relocation Report by financial site Money.co.uk, which took into account living costs, incomes and weather, among others, ranked Dubai as the fourth best relocation spot, with a score of 5.67 points, while Abu Dhabi took the sixth position, with a score of 5.52.

The two cities were also named the top relocation spots that have the best weather, with Dubai taking the number one position out of 84 cities and Abu Dhabi in the second place. 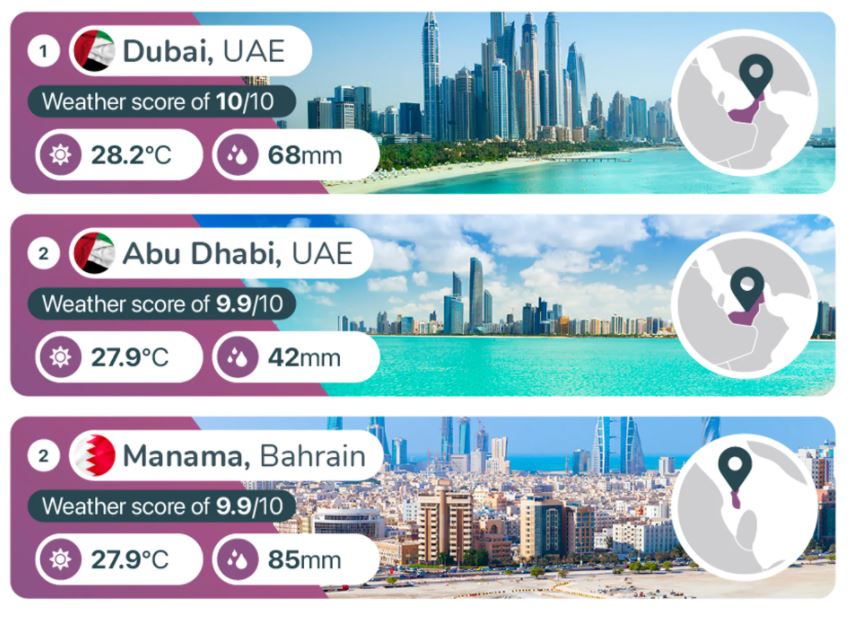 Other cities in the Gulf Cooperation Council (GCC) region, including Muscat, Manama and Doha, ranked high in the list, taking the 8th, 11th and 12th position, respectively.

Overall, the American city of Austin took the crown as the best city to relocate to, with a score of 6.02, followed by Tokyo in Japan in the second place and Charleston, US in the third position.

As for the most expensive destinations, the top three spots went to Switzerland’s Basel, Zurich and Lausanne, while Istanbul in Turkey, Buenos Aires in Brazil and Kuala Lumpur in Malaysia emerged as the top three most affordable places to move to.

The UAE has rolled out a series of initiatives, such as long-term visas, and reformed its laws to strengthen its position as a leading destination for business, talent and international travel.

The top 10 cities to relocate to:

Kuwait estimates 74.2% decrease in deficit according to a budget draft report

'Off to Canada': India's jobs crisis exasperates its youth