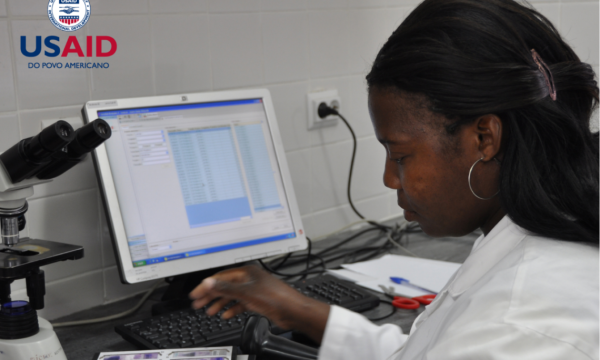 The U.S. Government, through the United States Agency for International Development (USAID), recently provided an $800,000 grant to the Centro de Investigação em Saúde de Manhiça (CISM) for malaria and maternal and child health research.  The grant will fund studies on the effectiveness of the pneumococcal vaccine and anti-malaria medicines and treatments. USAID, CISM and the Mozambican Ministry of Health (MISAU) collaborated to identify these topics as critical to improving malaria and maternal and child health care in Mozambique.

For Mozambicans under the age of five, pneumonia and malaria are two of the major causes of death. CISM is one of Mozambique’s leading medical research organizations and USAID has supported them to better understand these diseases in Mozambique since 2011.  These current studies will build on the results of previous U.S. government assistance.

The first study is focused on the effectiveness of anti-malaria medicines and treatments. It will focus on understanding the resistance to antimalarial medications by Plasmodium falciparum – the parasite responsible for the most serious cases of malaria in Mozambique. The second study will focus on the impact that the pneumococcal vaccine has had on rates of pneumonia, meningitis, sepsis, and other related infections in children. It will monitor the effect recent changes to the national immunization schedule for the pneumococcal vaccine have had on rates of related diseases. CISM will collaborate with the National Malaria Control Program, the National Directorate of Public Health, provincial and district health facilities, and other research and academic institutions to conduct and share the results of these studies, resulting in improved patient care.

“USAID understands that locally-led, scientific research is essential to developing and implementing the most effective care for Mozambicans.” said USAID/Mozambique Mission Director Helen Pataki. “USAID support will allow CISM to gather the most accurate and current evidence necessary for MISAU and its partners to continue improving healthcare services.”

Health programs represent a critical component of the broader U.S. Government’s assistance in Mozambique. In close collaboration with the Government of the Republic of Mozambique, the U.S. Government provides more than $500 million in annual assistance to improve the quality of education and healthcare, promote economic prosperity, and support the overall development of the nation.

Distributed by APO Group on behalf of U.S. Embassy in Mozambique.