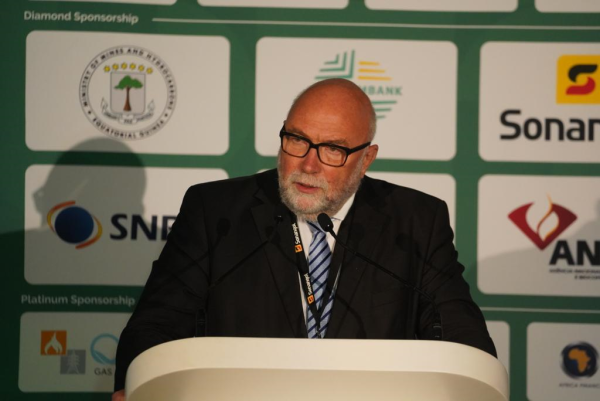 African Energy Week (AEW) 2021 represents the only pan-African energy event to take place on the continent in 2021. With a view to accelerating investment and development in key resource-rich basins across the continent, African stakeholders are seeking partnerships with international players to fast-track energy sector expansion and drive socio-economic growth. With strong international delegations participating in Cape Town at the continent’s premier energy event, increased cooperation and newly established deals are expected.

Representing international players with an active presence and future ambitions in Africa, the international speakers provided an alternative perspective to Africa’s energy crisis; how to secure investment in a reduced capital expenditure climate; and how international countries can help the continent leverage its significant resources and ensure sustained economic prosperity.

“I can’t think of a more noble pursuit than AEW’s overall mission, which is the alleviation of energy poverty. It is of the uttermost importance that we address this ourselves. Energy is not just barrels; energy is life, and it is the engine for development and progress and provides for self-determination. The discussion is turning to a just transition. In western sense, this tends to mean to make people whole who are losing their jobs, providing them with assistance to make them whole. People who lack energy should be included to provide an economic future for them as well. If someone lacks a job or an economic opportunity, they cannot be whole. The demographic shifts of this continent are spectacular. By 2050 there will be more than 2.5 billion people living here. So we cannot talk about the transition as moving from one type of energy to another, but it needs to address the scale and that people are included,” stated Fannon.

“I am here to speak about renewable energy. We are living in the same world affected by climate change and challenged by the need of a carbon dioxide free world by 2050. But I am fully aware of the opportunities of traditional uses of fossil fuels, contributing to the wellbeing of the entire population. I agree Europe is facing different challenges to the people of African countries but together we are facing two essential challenges. The first is to ensure dramatic and growing energy demand is met across the world including those in industrialized countries in Europe and emerging countries such as South Africa. The second is to reduce CO2 emissions. The rapid transformation of the global energy industry is key to dealing with climate change. These challenges can be met through a fruitful collaboration between Africa and international partners. The wellbeing of Africa is in Europe’s and Germany’s interests,” stated Nooke.

While promoting the role that international partnerships and cross-border collaboration will play in Africa’s energy sector development, the speakers called for integration as well as a holistic approach in driving both energy and economic growth.

“During the transition all stakeholders are looking to ensure their investments are secured in the future. There is also an obligation to ensure local populations will enjoy the positive economic benefits from the shift. Having spent many years as Minister and deputy in the Norwegian government, I was at the intersection of energy issues and have seen firsthand possible solutions. I believe that by deploying a holistic approach and harnessing technology, we will secure commercial opportunities, bring emissions down, while supporting a fair and just transition,” stated Tybring-Giedde.