The largest deal of the year so far is the $12.4bln bond sale from Qatar Petroleum Corp

MENA Debt capital markets (DCM) issuance totalled $70.6 billion during the first half (H1) of 2021, down 6 percent from last year during the same period, according to data from Refinitiv.

Despite global efforts to roll out vaccines, the economic situation remains volatile in many countries in the region, which were hit hard by the coronavirus pandemic last year. Like the rest of the world, lockdown measures introduced to combat the spread of the virus left many of the MENA economies roiling.

Global data provider Refinitiv said 64 percent of the total came from Investment grade corporate debt, with a total of $45.6 billion.

UAE was the top nation for DCM proceeds with $20.5 billion in related proceeds followed by Qatar with $18.7billion.

Financials was the top industry performing industry, with $29.5 billion in proceeds.

The largest deal of the year so far is the $12.4 billion bond sale from state energy company Qatar Petroleum Corp. This was followed by a two-part dollar bond selling totalling $5 billion from Saudi Arabia and Egypt selling $3.75 billion in bonds to finance a portion of its fiscal deficits.

Public debt levels in the MENA region are expected to rise to 54 percent of economic output by the end of 2021 from 46 percent in 2019, the fastest accumulation this century, the World Bank said. 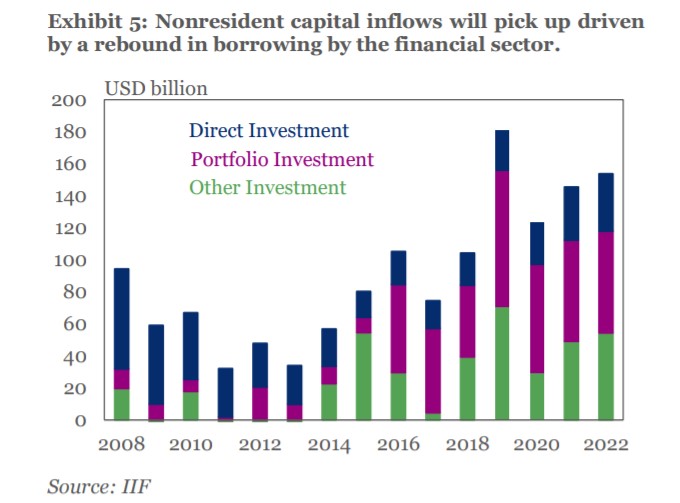 HSBC Holdings takes top spot in the MENA DCM league during the first half of 2021 with $8.4 billion in related proceeds or a 12 percent market share, followed by Citi and Standard Chartered at $7.6 billion and $7.4billion respectively in proceeds.

Democrats 'pretty much there' on social spending bill -Pelosi

Yellen says U.S. is not losing control of inflation