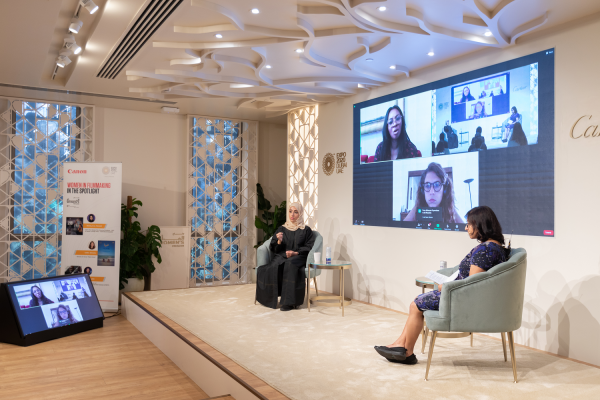 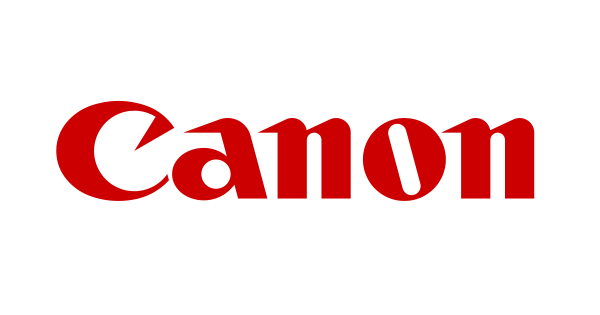 Cinema has largely been regarded as a catalyst for social change and a tool of empowerment, the industry is making enormous efforts to equally represent men and women thus closing the gender barrier gap. As opposed to the past, the narrative seems to be changing today with more women coming to the forefront and shining light on some key success points on how to get a break in the industry, importance of networking and staying motived and determined. So where is the future for women headed in the creative industries and how can aspiring women filmmakers tackle the obstacles in their way to not only succeed but also to advance gender equality in the field of filmmaking?

Shedding light on these mighty questions, Canon brought together a panel of three esteemed women film-makers at the Expo 2020 Dubai Women’s Pavilion, from the Middle-East and Central and North Africa to discuss how the industry can re-invent itself, offer more inclusivity in terms of opportunities as well as celebrate creative efforts of women filmmakers who make an immeasurable contribution to the enrichment of the industry. Canon’s panel discussion consisted of women from the film industry who shattered the glass ceiling across Middle East and Africa such as UAE’s Leading Director in commercial, entertainment, documentaries, music videos and CEO of Beyond Studios - Nahla Al Fahad

from UAE, Sara Shazli from Egypt who directed the critically acclaimed movie ‘Back Home’ and Chioma Ude from Nigeria – the Executive Director of Africa International Film Festival (AFRIFF).

Bird’s Eye View of the Industry – Opportunities and Challenges

A recent study by Northwestern University, commissioned by the Doha Film Institute in Qatar, found that 26% of independent Arab filmmakers are women. Commenting on the uptick of women filmmakers in the Middle-East, Nahla Al Fahad said, “It is commendable to see that the UAE has adopted a very positive and balanced approach when it comes to gender issues. Men and women are given similar opportunities to showcase their talent thus creating a state of equilibrium. There are many different governments as well as private entities and NGOs that are pushing the pedal forward in empowering women not only in the film industry but in different sectors. This is truly a progressive period for UAE where platforms like Women’s Pavilion and Expo 2020 are shedding light on the significance of women representation in bringing more awareness to the topic of women talent in creative industries especially filmmaking as well celebrating women entrepreneurs.”

According to the UN Educational, Scientific and Cultural Organisation (UNESCO), Nigeria alone produces around 2,500 films a year thus making it a hotbed of opportunities for aspiring talent. Commenting on the Nigerian Film landscape, Chioma Ude said, “The future of women in the Nigerian film industry is undoubtedly bright, you have to hustle hard but there is certainly light at the end of the tunnel. As of the now, the Nigerian Film Industry is growing strength to strength with several women filmmakers taking the lead. Currently, the ratio of women to men working in the industry is close to 60:40, but this did not come easy. Looking back at Nigeria in the nineties, most women working in the industry were hired as actresses and there were only a handful that wanted to pursue filmmaking. There was also an issue regarding equal pay for women working in the film industry back then as globally things were beginning to change. As luck would have it, there was a sudden boom in the oil industry in Nigeria at that time which meant that most men wanted to shift gears and move on to the big money-making industry of that time. Consequentially, the women were quick to understand, assess and predict the greatness of Nigerian film industry and its shining future, thus taking the centre-stage once again. It is for these reasons that we see the Nigerian film industry as a female forward industry.”

While the UAE and Nigeria progress on the path of women-empowerment, Sara Al Shazli paints a different picture about the Egyptian film industry, “Even though Egypt has the largest commercial film market in Egypt, the share of opportunities for women is considerably small. However, things are changing now with more women coming to the forefront wanting to share their stories and showcase their creativity through the channel of Cinema. Slowly but steadily, people are realizing the importance of gender equality in Egypt and women are being given opportunities that would have been completely inaccessible in the past. This is of course a great start, I would encourage women to not be deterred by the past but to move forward, have faith in themselves, their scripts and their work and not to forget the power of networking. We can achieve great things if we come together to empower each other by sharing our knowledge and resources”

While the COVID-19 pandemic overturned most industries around the globe, the creative spirit of all panellists alike was not deterred. Nahla Al Fahad spoke of 2020 as her most productive year as she directed her upcoming movie 218, whereas Chioma Ude remarked that she resorted to writing various scripts which are now being turned into movies. The pandemic did not dampen Sara Al Shazli’s spirits, she went to create her critically acclaimed documentary ‘Back Home’ during the pandemic shooting each passing day of the lockdown thus capturing the pandemic’s effect in her day-to-day life. The panellists further discussed the significance of breaking stereotypes in the industry and advancing further on the path of equal representation. Sara commented, “I was not consciously depicting female struggles or stories in my movies, I wanted to share stories what I was witnessing in my journey without really knowing that I was making a point about female empowerment but I think that is the beauty of it, to spark a conversation about change and empowerment.

Echoing Sara’s tone, Chioma added, “As a filmmaker, you are not always consciously doing things to make a point because like everyone else this is our job that we do. But by attending these sessions such as this one created by Canon, not only are we made aware of the impact we can create as filmmaker but also the role we can play in empowering other women. Through participation in such conversations, I now realise that as a filmmaker and director of a film festival, I have an immensely powerful responsibility on my shoulders to support the dreams of other women who want to pursue filmmaking. It is through such endeavours that we can come together to make a meaningful difference to the society.” Nahla Al Fahad agreed and commented, “I could not agree more with Chioma, these discussions not only make us conscious of our responsibility but also lead to ideas on how we can empower each other.”

It is impossible to deny the impact of social media in our lives, especially in the post-pandemic era. Nahla Al Fahad commented, “The power of Social Media should be leveraged by every filmmaker whether you personally like it or not. An interesting aspect of Social Media that still remains underutilized is crowd-funding, aspiring film-makers should look at these innovative tools to promote their work.” Adding further, Chioma said, “Nigeria is an extremely social-media driven country and thus film-makers absolutely cannot risk ignoring this element in their marketing plans. While this may seem challenging in the beginning, it does open a lot of doors for you. My advice would be for everyone to explore the benefits of social media without overwhelming themselves.” Sara agreed with her counterparts from Dubai and Nigeria regarding the usage of social media to promote and showcase your talent and work to the world.

The thought-provoking discussion ended on the note of each panellist sharing their success tips with audience. While Chioma’s focus remained on sharing topical, authentic stories from one’s own region, Nahla highly emphasized making use of power of collaboration and networking as the main tool for achieving success in the industry and Sara’s tip was to remain determined and focussed while marching on a creative path. “We are delighted to be part of Expo 2020, this panel discussion at Women’s Pavilion reflects our company values of equal opportunities, representation and celebration of women. As part of the company’s initiatives for empowering its people, it is essential for us to fortify women’s voices that echo the sound of change, progress and development for our society,” said Mai Youssef, Corporate Communications and Marketing Services Director – Canon Middle East and Canon Central and North Africa.

Distributed by APO Group on behalf of Canon Central and North Africa (CCNA).

About Canon Central and North Africa:
Canon Central and North Africa (CCNA) (Canon-CNA.com) is a division within Canon Middle East FZ LLC (CME), a subsidiary of Canon Europe. The formation of CCNA in 2015 was a strategic step that aimed to enhance Canon’s business within the Africa region - by strengthening Canon’s in-country presence and focus. CCNA also demonstrates Canon’s commitment to operating closer to its customers and meeting their demands in the rapidly evolving African market.

Canon has been represented in the African continent for more than 15 years through distributors and partners that have successfully built a solid customer base in the region. CCNA ensures the provision of high quality, technologically advanced products that meet the requirements of Africa’s rapidly evolving marketplace. With over 100 employees, CCNA manages sales and marketing activities across 44 countries in Africa.

Canon’s corporate philosophy is Kyosei (https://bit.ly/3l3V9OC) – ‘living and working together for the common good’. CCNA pursues sustainable business growth, focusing on reducing its own environmental impact and supporting customers to reduce theirs using Canon’s products, solutions and services. At Canon, we are pioneers, constantly redefining the world of imaging for the greater good. Through our technology and our spirit of innovation, we push the bounds of what is possible – helping us to see our world in ways we never have before. We help bring creativity to life, one image at a time. Because when we can see our world, we can transform it for the better.

Egypt targets economic growth of 5.7% in next financial year