Gabon's President Bongo has made the Case for Inclusive Energy Transition 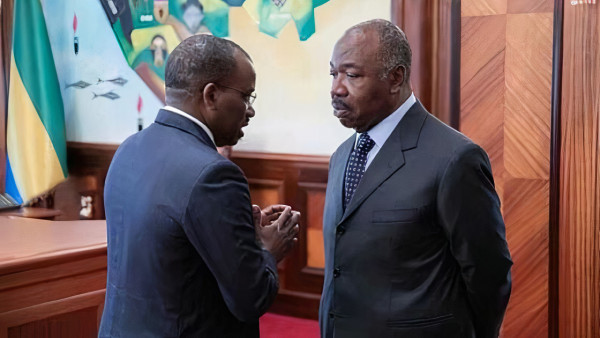 Ahead of African Energy Week organized by the African Energy Chamber (www.EnergyChamber.org) in partnership with South Africa’s Department of Mineral Resources and Energy, we examine the work of President Ali Bongo on an inclusive energy transition. It describes the status of his country’s energy industry and calls for African priorities to be counted as the world prepares to transition away from fossil fuels. The country has been an oil and gas producing region for more than 50 years and has historically relied heavily on energy revenues, although it is diversifying its economy. At the same time, Gabon recently reached a milestone in the fight against climate change. Africa must have a say in how the continent addresses and responds to climate change goals and believes that requiring nations to restrict or exit oil and gas activities before they are ready will have broad and lasting consequences.

For more than 50 years, oil and gas production has provided an economic base for the government and citizens of Gabon. Gabon, which rejoined OPEC in 2016 after a 21-year absence, is the fifth-largest oil producer in sub-Saharan Africa with production currently at 198,000 barrels per day. Over the past five years, Gabon’s oil sector has represented on average 45% of GDP and 60% of fiscal revenue. World Bank credits Gabon’s oil and manganese sectors with driving strong economic growth over the past 10 years and describes Gabon as an upper-middle-income country. Still, we recognize there is income inequality in Gabon’s nation. It’s important to note, however, that most of Gabon’s impoverished population works in the agricultural sector.

In 2017, oil revenues dropped slightly from Gabon’s mature fields, which are in natural decline. This is nothing unusual or unique to Gabon. Energy reservoirs have life cycles and eventually production falls off, although technology can revitalize even abandoned fields.

To counter the decline, Gabon has push for a diversified economy and invited interest in new oil and gas development, particularly in previously unexplored deep waters. Offshore resources are believed to make up more than 70% of Gabon’s 2 billion barrels of total reserves.

In 2018, for example, Malaysia’s Petronas, in partnership with this Ministry, announced a discovery from its initial ultra-deepwater exploration well. The company called it a milestone for its activities in the region as well as a boost to Gabon’s oil and gas industry. Since then, Petronas has contracted drillships for additional exploration, and Gabon has opened new licensing rounds for both shallow and deepwater opportunities.

The Gabonese government is working tirelessly to advance and support these efforts and to promote foreign investment. That includes the reorganization of the Gabon Special Economic Zone (GSEZ). GSEZ was established in 2010 to make it easier to do business locally through tax advantages and customs simplification. By creating a stable business environment, Gabon has been called the regional flag bearer for foreign investment, and Gabon’s citizens are enjoying the fruits of the related economic uptick.

As proof that oil and gas, commerce, and the fight against climate change can co-exist, in July Gabon became the first African nation to receive results-based payments for reduced emissions from deforestation and forest degradation.

Gabon received the $17 million payment from the UN-hosted Central African Forest Initiative (CAFI), which is helping six partner nations implement the Paris Agreement on Climate change and fight poverty sustainably, among other goals. The money will be used to further decrease CO2 emissions through scientific research, forestry, and forest management practices, among other activities.

Gabon began a comprehensive strategic effort to preserve Gabon’s rainforests, which cover 90% of the country, in the early 2000s. That included creating 13 national parks. One of them, Invindo National Park, was recently named a UNESCO World Heritage Site, becoming the second Gabonese national park to earn the designation. The first was Lope National Park in 2007.

The rainforests of Gabon have been called the second lung of the Earth, behind only the Amazon, and with good reason: Gabon’s forests absorb a total of 140 million tons of CO2 annually. According to the U.N. that is equivalent to removing 30 million cars from the road globally.

Gabon is blessed to be able to contribute so much to the global reduction in greenhouse gases, but we recognize that many of Gabon’s African brethren are not in this enviable position. Gabon’s meetings during African Energy Week in Cape Town will enable us to discuss how, as a continent, we can balance the often-competing goals of protecting the environment and lifting people out of poverty. Many of the nations being brought together by the African Energy Chamber are struggling to reduce the use of biomass for cooking and to improve and expand an electricity grid that is unreliable and reaches too few people, especially outside of urban areas. To expect them to adhere to a Western timetable for meeting climate goals is unfair and shortsighted. Like Gabon, many other African countries require oil and gas development for economic development; Gabon expects the benefits of growth to be shared among all people. Denying Gabon and Africa, the just and proper chance to make its own decisions and benefit from a jut energy transition is tantamount to “keeping Gabon in it’s place,” turning off the lights, and cutting people off from economic opportunity.

We have a right to be heard.

Fauci says he hopes U.S. travel ban from southern Africa can be lifted in 'reasonable period'