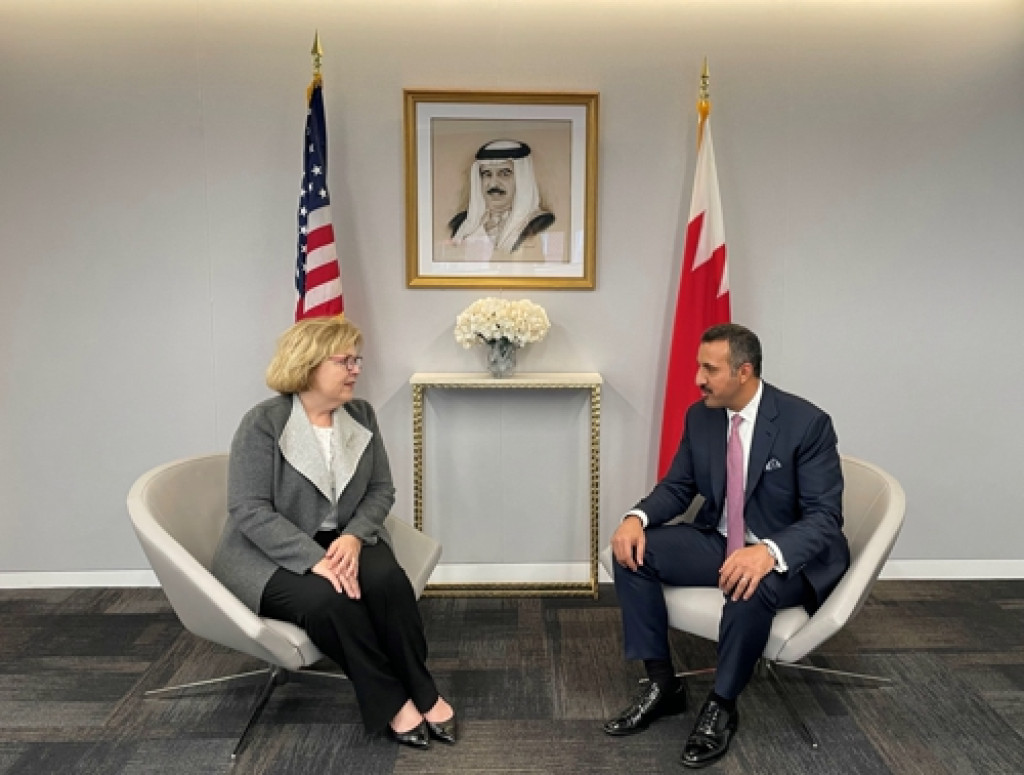 The Undersecretary of the Ministry of Foreign Affairs for Political Affairs, HE Dr. Shaikh Abdullah bin Ahmed Al Khalifa, met at the Embassy of the Kingdom of Bahrain in Washington, with the Director of Middle East and North African Affairs at the US National Security Council, HE Ambassador Barbara Leaf, and a candidate for the position of Assistant Secretary of State for Near Eastern Affairs.

HE Dr. Sheikh Abdullah bin Ahmed Al Khalifa, stressed the depth of the historical relations and the distinguished strategic partnership between the Kingdom and the US, reviewing ways to enhance bilateral cooperation and advance it to broader horizons.

HE Dr. Sheikh Abdullah bin Ahmed Al Khalifa, indicated that the Abraham Peace Agreement represents a new stage in the Middle East, indicating that the agreement contributes to creating a safe and prosperous environment for all the peoples of the region.

HE Ambassador Barbara Leaf, stressed the strength of the relations between the Kingdom and the US in all areas of joint cooperation, praising the Kingdom's role in consolidating a culture of dialogue, peace and coexistence, wishing it continued progress and prosperity.

Distributed by APO Group on behalf of Ministry of Foreign Affairs of Kingdom of Bahrain.

China's Xi: 'I don't care' how many golds China wins at Beijing Games