Inbound M&A in MENA saw a record year of $24.1bln in deal volume and 260 deals announced

Laptop with a business chart on the screen. Image used for illustrative purpose.

The value of announced M&A transactions with any MENA involvement reached $70.3 billion during 2020, according to global data provider Refinitiv.

This makes 2020 the fourth highest annual total of all time, despite falling 47 percent in value from the record high achieved in 2019 with Saudi Aramco’s agreement to buy a stake in Saudi Basic Industries Corporation (SABIC) 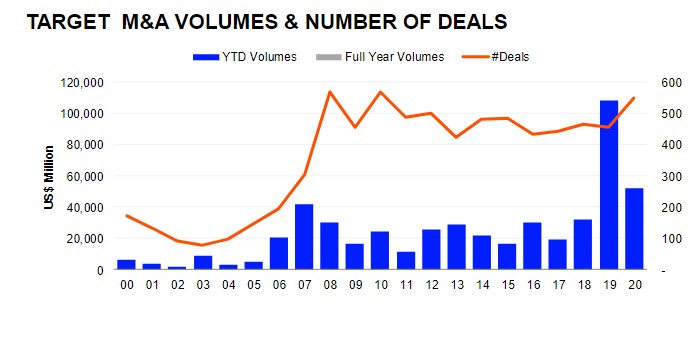 According to Refinitiv data, $52.0 billion worth of target M&A deals were announced from 550 deals, making it the second-highest year in deal value. 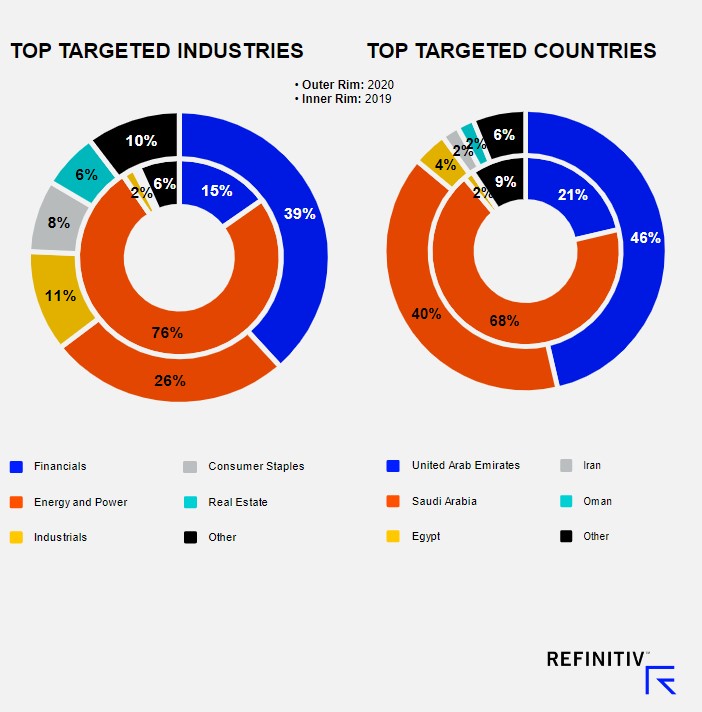 The financial sector was most active in 2020, with deals targeting financial companies accounting for 39 percent of total M&A in MENA, followed by Energy & Power with 26 percent.

Mideast Stocks: Most Gulf bourses in the red; Abu Dhabi edges up