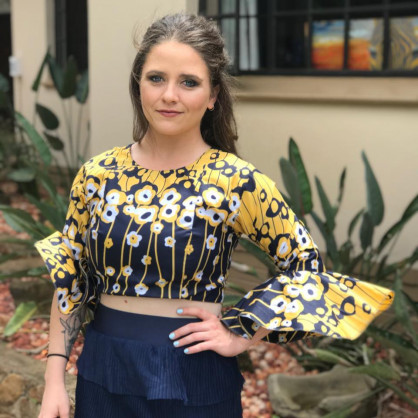 By Charity Migwi and Nicole Rodel

The world has no business investing in new fossil fuel developments in our race to the 1.5°C pathway. The International Energy Agency’s (IEA) newly released Net Zero by 2050 roadmap (https://bit.ly/3vmJj5j) has closed the door on new fossil fuel extraction, and fossil fuel giants have lost their claim to fame of new oil and gas reserves being aligned with the Paris Agreement. It’s a small victory for climate, and the big polluters, governments, and public finance institutions will have a tough time giving grounds for dirty developments - but there is seemingly no slowing down Total SE, Standard Bank and AfDB from riding their gravy train through Africa at full steam ahead.

Since 2012, Total SE has been the largest fossil fuel spender in Sub-Saharan Africa (https://bit.ly/3ujpZ7N). The French energy giant expanded its dominance in the region when it signed the Shareholding Agreement (SHA) and the Tariff and Transportation Agreement (TTA) alongside the governments of Uganda and Tanzania, with Tanzania recently signing the Host Government Agreement (HGA) (https://bit.ly/3uhmr5N). This deal has paved the way for oil exploration in the Albertine Graben and the construction of the longest heated pipeline in the world, the East African Crude Oil Pipeline (EACOP). The signing of this long awaited deal has spelled doom for communities affected by the project as compensation delays and mixed messages have only triggered anguish (https://bit.ly/3uekZkV) and controversy among the Project Affected Persons (PAPs). Not only will tens of thousands of people be displaced but locals risk losing their land in exchange for peanuts as the valuation report used by the government relies on old property rates (https://bit.ly/3oUBSQr). In consequence, Total will continue enriching itself at the expense of already vulnerable East Africans.

EACOP is not the only African charm for the French energy giant. Its mega Liquified Natural Gas (LNG) project in Mozambique is targeted for completion in 2024 - and the added conflict has displaced hundreds of thousands of people (https://bit.ly/3oM0GtK) from their homes, farmlands and fishing areas, leaving them without livelihoods and reliant on food aid. Total’s operation in Mozambique has ignited flames for the province of Cabo Delgado as the gas industry is fuelling social tensions. The already vulnerable locals are feeling frustrated being caught up in the manifestation of the paradox of plenty. Their resource rich province is being plundered by political and global economic elites as they suffer violence, human rights abuses and massive displacements, amid escalating insurgencies and security threats conveniently labelled as terrorism. In response, Total declared force majeure on its $20 billion LNG project (https://reut.rs/3yEAc27), thereby absolving itself of its commitments and contractual obligations, while still holding the major benefits of being the project concessionaire even at a time when survival is at stake.

The effect of Total’s presence ranges from human rights violations, violent conflict, environmental destruction, displacement, and death; all while fueling the climate crisis. Environmental racism has put black, indigenous, and people of colour communities in the path of polluters and the climate crisis - one of the biggest global threats to ensuring human rights and dignity for all.

At the forefront of championing these crises is Standard Bank, as they continue to play an advisory role in organizing funding for the $3.5billion EACOP project as well as finance the Mozambique LNG to a tune of $485 million (https://bit.ly/3oPJt2x), thereby fuelling a climate catastrophe. In the meantime, Standard Bank prides itself in being a leading oil and gas sector banking team on the continent (https://bit.ly/3oPJt2x). With its tremendous assets totalling over $162 billion regionally, Standard Bank has the potential of influencing positive transformation across the African continent through clean renewable energy that will not only meet the continent’s energy needs but also create thousands of jobs. Instead, the bank opts for life long torture of already vulnerable communities by investing in fossil fuels.

While governments and fossil fuel companies champion these projects under the guise of economic revival and job creation, growing environmental, social, and governance concerns - and stranded assets - are beginning to make their way into the boardrooms of the public finance institutions footing the bill, in large part due to pressure from civil society and grassroots movements. The African Development Bank Group (AfDB) - who poured $400 million (https://bit.ly/3fNfAMr) into Total’s Mozambique LNG project, but strongly refuted claims (https://bit.ly/2QT8TQy) of its involvement in financing EACOP - recently released its draft Climate Change and Green Growth Strategic Framework for public comment, which finally put in writing that the Bank will “cease all investment in coal or coal-related technologies, ensuring that it will not perpetuate or provide longevity to coal”. The strategic framework tiptoes around the subject of natural gas, with the seemingly cuddlier cousin to coal and oil set to play a limited and transitional role in Africa’s energy access development goals, but no mention of oil is made whatsoever. However, a golden thread weaved throughout the draft policy is the AfDB’s commitment to Paris Alignment - and with the IEA’s new stance against oil and gas for a 1.5°C warmer world, it may be back to the drawing board for the AfDB to uphold their goal of operationalising the Paris Agreement.

The climate crisis is already here and hurting the most vulnerable people. In 2020, the warmest year (https://bit.ly/3fjafxd) on record, extreme climate disasters displaced more people globally than war (https://bit.ly/2RBFkDz). It is time for governments, public finance institutions, and fossil fuel giants to take heed of what we, the people (https://bit.ly/3bSbX6u), have been calling for (https://bit.ly/3bSbX6u), and reimagine our development pathway for a sustainable and equitable future. The people and the planet do not need to be weighed against profit and economic development. This is a climate emergency, and we need to use all of our energy and might to fight for the Africa we want - one that prioritises its abundance of wind and solar potential to fuel its prosperity and puts its people, heritage, and environment at the centre of our development.

Distributed by APO Group on behalf of 350.org.

About the Authors:
Charity Migwi is the Africa Regional Campaigner at 350.org
Nicole Rodel is the Junior Manager, Communications and Campaigns, at African Climate Reality Project