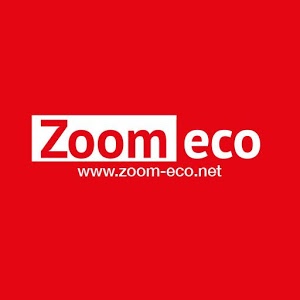 This fact was criticised in a report published by the International Organisation of the Francophonie.

In the report, OIF experts cite specific cases of “unjustified” expenses and “a lack of transparency” in the management of funds allocated for organising the preparation of the Francophonie Games.

The report issued highlights the audit of the 2020 financial statements.

It focuses on several cases of irregularities and “failings in the system put in place by President Félix Tshisekedi to supervise the organisation of the 9th edition of the Francophonie Games.”

Regarding the contract for the construction of the games village, the OIF notes that though initially budgeted at USD 41 million, the cost of the work has skyrocketed to USD 113 million.

The OIF also reports that as of April 2021, several financial transactions had already raised suspicion.

The head of the Games National Organising Committee (CNJF), Didier Tshiyoyo, is said to have withdrawn large sums of money in cash in his own name from accounts opened in the name of the (CNJF).

“It would be good to establish and communicate the bank account number for the 9th Francophonie Games”, the OIF notes.

The 2020 financial report also reveals that 961,000 US dollars were spent. This amount “is not justified considering the extremely limited activities that the CNJF undertook” in the year in question.

While the amount allocated to operations remains stable at EUR 12.1 million, the budget for investments rose from EUR 36 million to 93 million. As a result, the Francophonie Games International Committee (CIJF) is very concerned about CNJF’s management and organisation, which “remains fragile and lacks control.”

According to the report, the significant delays already recorded “risk undermining organisational quality.”

The OIF report also mentions that most of the documents audited are not initialled and are often incomplete.

According to the report, none of the contracts signed by Didier Tshiyoyo include the statement “approved by the Directorate General of Public Procurement”.

The renovation of the Tata-Raphael stadium for over USD 11 million, entrusted to the Alliance des Bâtisseurs Congolais (ABC) consortium, also raises concerns. Deadlines are often not specified, leading to fears of major delays.

OIF experts note that the CIJF does not have terms of reference or specifications that would enable it to issue invitations to tender or enter into direct agreements, often the preferred choice for CNJF management.

The conditions for awarding contracts for the construction and rehabilitation of infrastructures “do not meet the transparency requirements for major international events.”

It should be noted that after the 19th meeting of the CIJF Steering Committee, held on 28 April 2021 under Morocco’s presidency, the Congolese CNJF was required to provide evidence of compliance with financial regulations, particularly in terms of management of funds and contract awards.

After examining the documents provided, it was found that almost 90% of the submitted documents contained “inconsistencies”, “shortcomings” and “legal weaknesses”.

The 9th edition of the Francophonie Games will be held from 19 to 28 August 2022 in Kinshasa.

According to recommendations from the CIJF Steering Committee, on 2 July 2019 the Permanent Francophonie Council approved holding the 9th Francophonie Games in 2021 in the Democratic Republic of Congo (DRC), which committed to signing the specifications, creating the National Francophonie Games Committee by decree, and starting the construction works for the village before the Council next convened on 29 October 2019.

The original article can be found via the following link:https://bit.ly/3iLyfK0

Distributed by APO Group on behalf of Zoom eco.