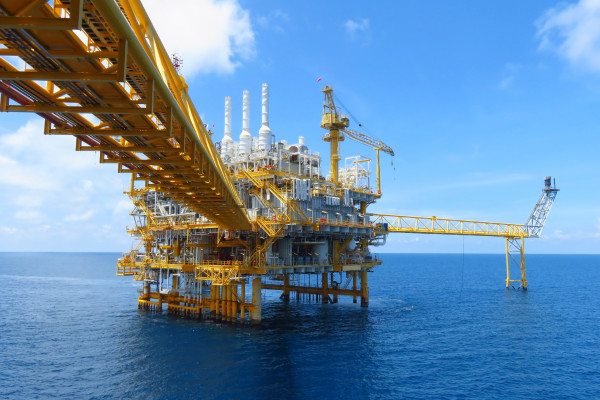 According to the country’s national oil company Petroguin, Guinea-Bissau authorized international businesses to begin prospecting for hydrocarbons in 11 offshore blocks where oil is likely to exist since October last year. In light of this, Energy Capital&Power will host MSGBC Oil, Gas&Power 2021, which will create a national platform for constructive dialogue on natural resource management, investment and initiatives for enhancing the productivity and sustainability of the current power matrix.

Offshore exploration might be the future of the energy sector in Guinea Bissau, with various projects underway to expand the country’s oil and gas sector.

The Agence de Gestion et de Coopération entre Le Sénégal et La Guinée Bissau (AGC) Shallow is only 100 km from Bissau and has sea depths ranging from 25m to 100m, with known oil between 50m to 70m. There are a total of 14 wells, however, only one has been drilled after the acquisition of 3D seismic data. The first 3D data was acquired in 1982 and re-shot in 2003. The most recent acquisition of 3D was in 2012.

Early wells in shallow reservoirs atop the salt-induced Flore Dome and Gea Dome have yielded significant amounts of oil. The AGC Authority is looking for offers of a future work program from interested parties who have reviewed all past data and can demonstrate competence to operate abroad. The AGC Authority will send additional information to interested parties explaining the block and its potential, as well as specifics on the awarding process.

The database, which includes both legacy data from past operators and more recent studies on shallow oil and reservoirs, has been given to Marine Geological and Geophysical Servicesto administer and license. The new data was used to conduct a study of existing wells and reprocessed seismic packages, which was then linked to potential commercial development options.

The Sinapa and Esperanca permits

The contiguous Sinapa and Esperanca licenses are located offshore Guinea-Bissau in the Casamance salt sub-basin. Australian independent FAR Limited owns a non-operating interest in these two licences, which are divided into three blocks (2, 4A, and 5A) and encompass almost 5,000 km2. Over 70% of the land is above a water column of less than 100 meters, with a maximum water depth of 1,500 meters to the west.

The Sinapa permit hosts the Sinapa oil discovery – a shallow water salt-related feature with contingent resources of ~13.4 mmbbls of recoverable light oil. The geotechnical assessment of this original discovery by FAR revealed additional possibilities around the salt diapir. These additional resources support a potential recoverable resource of over 72 mmbbls.

In 2017, a complete prospectivity evaluation of the blocks revealed an attractive shelf-edge geological setting along the western parts of the licences – a proven play fairway in Senegal. Two prospects, Atum and Anchova, have been prioritized for further exploration.

In order to meet the remaining commitments on the licenses, the Joint Venturers, Far Limited, Svenska Petroleum, and Petroguin agreed to ask for an additional three-year extension to the current exploration phase, with the backing of the National Oil Company of Guinea-Bissau, Petroguin.

The Norwegian entreprise made the statement while providing an update on its acquisition transaction of SPE Guinea Bissau AB, a wholly-owned subsidiary of Svenska Petroleum Exploration AB, Sweden, and the Operator of Block 2 of the Sinapa Licence, and Blocks 4A&5A of the Esperança Licence.

PetroNor also has operational interests in the Rufisque Offshore Profond and the Senegal Offshore Sud Profond licenses in Senegal.

Offshore Guinea-Bissau is due to see some potentially transformative exploration drilling in the new future, and this drilling can have a great role in reshaping the energy sector in the West African country.