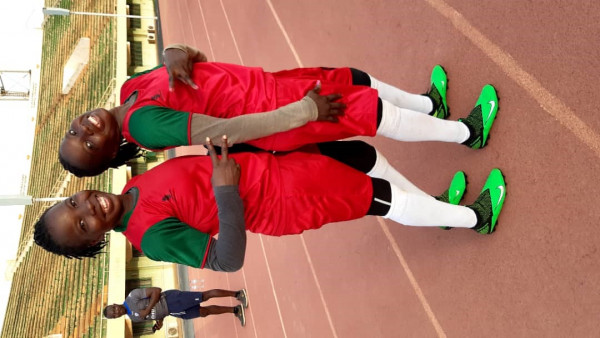 After their first victory, the Indomitable Lionesses of Cameroon won, this June 12, 2021, at the Stadium Aout 4 in Ouagadougou, the return test match against the Ladies Stallions of Burkina Faso by the score of 35 to 3. This return test match was highly anticipated by the two teams who each had high hopes to excel.

Like the first test match, the Women’s Stallions did not get any tries. The only penalty that gave them the 3 points came in the 44th minute. Although they demonstrated a stronger resistance than during the first test match, Burkina Faso finally lost to Cameroon by the final score of 35 to 3. This score is roughly equal to that of the first test match where Cameroon had won by 37 to 0. There was no lack of faults in this match. Each of the two teams received yellow cards. These were handed to Cameroonian No.11 Mimosette Mouto, and Burkina Faso’s No.3 Bonkoungou Janine and No.18 Adjaratou Yanogo.

Burkina Faso's captain, Yvette Sawadogo, admitted that with her teammates, they played differently in this second match. The difference, she said, was in controlling their fear of the physically imposing Cameroonian team. It should be noted that there was also a greater mobilization of Burkinabè supporters in the stands, and this was undoubtedly in favour of Burkina Faso. Fans wearing black uniforms helped to overheat the stadium with their galvanizing cries. Cameroonian coach Jacques NGomsu Tchon Lahui said his team faced difficulties because "they were different opponents from the first encounter". For Cameroon vice-captain Priso Rosine Maxime Ndingo, her team did not fully follow the coach's instructions.

Later today at 4 pm GMT, the highly anticipated match will pit the men's teams of Burkina Faso and Cameroon. Immediately after the end of the women’s test match, the Cameroonian men’s team put on their training boots for a practice game. The final result will show which of the two countries will snatch its ticket for the Rugby Africa Cup next July in Tunisia.

S.Korea says no decision on joint U.S. military drills, but exercises should not create N.Korea tension