Dubai, Emirates NBD (DFM: EmiratesNBD), a leading bank in the region, delivered a strong set of results with net profit up 49% y-o-y to AED 7.5 billion. The results include a gain on disposal of a stake in Network International of AED 2.1 billion. Core Operating Profit grew 8% y-o-y, supported by a 10% increase in net interest income on asset growth and a 20% increase in non-interest income from higher foreign exchange revenue and increased investment banking activity. The Bank’s balance sheet continues to strengthen with further improvements in liquidity and the Common Equity Tier 1 capital ratio and stable credit quality.

Hesham Abdulla Al Qassim, Vice Chairman and Managing Director, Emirates NBD said: “Emirates NBD delivered a healthy set of results in the first half of 2019. The Group continues to make progress on international growth. Emirates NBD is honoured to have been given permission to open twenty more branches in the Kingdom of Saudi Arabia. The Bank has opened additional branches in Egypt and all regulatory approvals for the Group’s acquisition in Turkey have been granted. In support of the ‘Year of Tolerance’, launched by His Highness Sheikh Khalifa bin Zayed Al Nahyan, Emirates NBD has participated in programmes and initiatives that celebrate the nation’s unity and commitment to diversity.”

Commenting on the Group’s performance, Shayne Nelson, Group Chief Executive Officer said: “Net profit advanced by 49% to reach AED 7.5 billion in the first half of 2019. This includes a AED 2.1 billion gain on the partial disposal of the Group’s stake in Network International. Core Operating Profit advanced 8% compared to the first half of 2018, helped by loan growth, higher foreign exchange income and increased investment banking activity. The Bank’s balance sheet remains strong with further improvements in liquidity and the Common Equity Tier 1 ratio and stable credit quality. Disability friendly access was extended and now covers about half of the Bank’s UAE network. Liv., the lifestyle digital bank for millennials achieved  another milestone, reaching a base of over 250,000 customers. We continue to make progress on the acquisition of Denizbank and expect this transaction to close in the third quarter of 2019.”

Surya Subramanian, Group Chief Financial Officer said: “The operating performance for the first half of 2019 was pleasing as all business units delivered income growth. Net interest income grew by 10% in the first half, compared to the previous year, helped by 13% asset growth. Fee income advanced 20% due to strong growth in foreign exchange and investment banking income. Costs were 7% higher compared to the previous year on higher staff costs. NIMs declined by 1bp y-o-y as the effect of lower interest rates fed through to loan pricing. We maintain our margin guidance as the Bank’s strong liquidity position affords the ability to retire more expensive fixed deposits.” 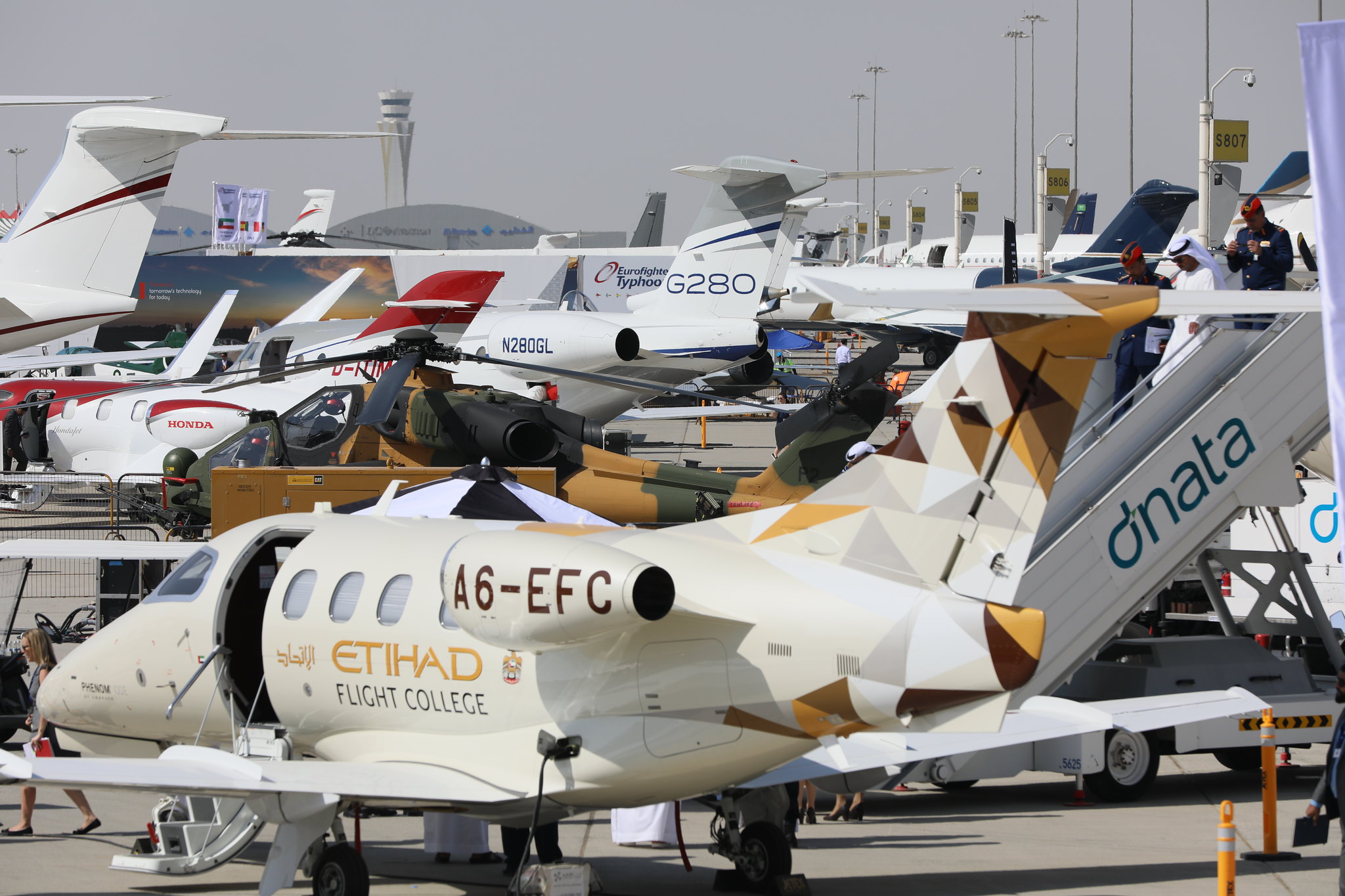 Costs for the first half of 2019 amounted to AED 2,826 million, an increase of 7% over the previous year due to a rise in staff costs relating to international expansion, digital and technology. The cost to income ratio at 29.7%, remains within guidance of 33% and gives headroom to invest selectively to support growth.

During the first half of 2019, the Impaired Loan Ratio remained unchanged at 5.9%. The impairment charge during this period of AED 1,226 million is 62% higher than in H1-18 as the net cost of risk increased to an annualized 82bps.

The Group’s strong net profit of AED 7,482 million in H1-19 is 49% above that posted in 2018. The results include a gain on disposal of a stake in Network International of AED 2.1 billion. Core Operating Profit grew 8% year-on-year, supported by strong asset growth and higher fee income.

Loans and Deposits increased by 3% and 5% respectively since the beginning of the year. The Advances to Deposits Ratio remains comfortably within Management’s target range at 92.1%. In H1-19, the Bank raised AED 9.7 billion of term debt issued in 7 currencies with maturities out to 20 years, more than fully covering 2019 total maturities.

Retail Banking & Wealth Management (RBWM)
RBWM delivered a strong performance in the first half of 2019 with a total income of AED 3,933 million, up 8% year on year, led by growth in net interest income from liabilities. Fee income increased by 3% over the same period last year driven by Cards and FX, and comprised 34% of revenues.

Liabilities grew by AED 2.8 billion (+2%) over end 2018, backed by higher current and savings accounts. Retail advances increased during the year supported by strong acquisitions of personal loans. New card sales were up 24% over the previous period supported by the new U By Emaar co-branded credit card, contributing to about half of total acquisitions.

The division continued to focus on higher value customers with a 13% increase in sourcing of affluent Priority Banking and emerging affluent Personal Banking Beyond customers in the year. Business Banking strengthened its franchise with the launch of a customized Expo 2020 Dubai banking package for SME customers, expanding its customer base by 10% and growing trade revenues by 24% over the previous period.

The Bank further enhanced its digital proposition and client experience by collaborating with Amazon Web Services (AWS) to utilize AWS’ data analytics, machine learning and other technologies. Moreover, the launch of a fully digital account opening process enabled individual customers to open a new account instantly from a mobile phone. Liv., the lifestyle digital bank for millennials continued to be the fastest growing retail banking proposition in the UAE, acquiring 42% more customers over the same period last year, reaching a base of over 250,000 customers.

The network footprint was augmented with the opening of a renovated flagship branch in Jumeirah as well as two new branches. The Better Together community was launched to actively engage customers in co-creating and beta testing new innovations. Disability friendly access was extended and now covers about half of the network. A public service campaign was rolled out in conjunction with Dubai Police to raise public awareness and educate customers on cyber-security.

Private Banking delivered a robust set of financials during the first half of 2019, despite a volatile global market environment, driven by new product launches such as the Fixed Maturity Fund providing customers a diversified portfolio of emerging market bonds, fixed rate notes and foreign currency credit products. Investment performance at Emirates NBD Asset Management remained strong with the Emirates Global Sukuk Fund receiving a five-star rating in May from Morningstar. Emirates NBD Securities was awarded the highest DFM Brokers Excellence rating for 2018 based on the Dubai Service Excellence Scheme. Wholesale Banking (WB)

Costs were 9% higher for the first half of 2019 compared to the corresponding period of 2018 mainly due to selective initiatives undertaken to reshape the business. As part of the Bank’s digitization program, Transaction Banking Services continues to invest in technology to enhance its product offering. In 2019, a number of new product offerings were launched including a new digital trade finance portal with best-in-class user experience.

In terms of the balance sheet, assets grew by 4% with strong momentum across both long and short term lending as well as trade finance. Deposits were 10% higher reflecting the Bank’s aim of maintaining liquidity at an optimum level.

The Global Funding Desk raised AED 9.7 billion of term funding through private placements with maturities out to 20 years. The desk also successfully raised a US$ 1 billion Perpetual Tier 1 issuance.

Emirates Islamic (EI)
EI delivered a strong set of results for the first half of 2019 with a net profit of AED 673 million, up 39% compared to the same period last year.

EI reported total income of AED 1,335 million for the first half of 2019, a 10% increase compared to the same period last year. This increase is supported by strong balance sheet growth, higher funded income and strong momentum in Foreign Exchange income. Higher net profits were also supported by lower provisions, an enhanced collections drive and a tight control of costs.

EI’s total assets reached AED 61.1 billion for the first half of 2019. Financing and Investing Receivables increased by 1% to AED 36.6 billion since the start of the year. Customer accounts also increased by 5% to AED 43.8 billion over the same period. CASA balances represented 64% of total customer accounts.

EI’s headline Financing to Deposit ratio stood at 83% and is comfortably within the management’s target range.

Outlook
The Bank’s Research team have revised the UAE headline GDP growth forecast to 2.0% for 2019 from 3.1% previously, as production cuts that came into effect in January are likely to be extended into H2 2019.

Dubai is expected to be the main engine of non-oil growth in the UAE this year, with GDP forecast to expand 3.0% in the emirate in 2019, in contrast with Abu Dhabi’s expected 1.0% non-oil GDP growth.