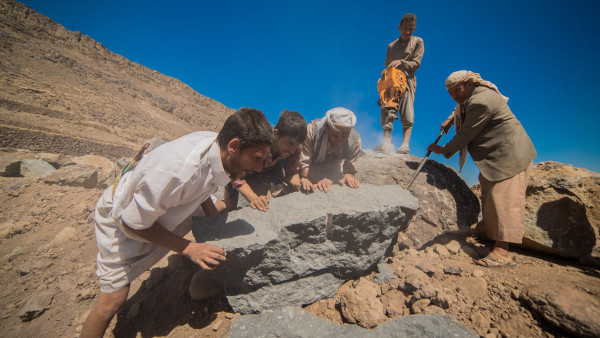 Agriculture ministers and delegates from the Near East and North Africa region signalled their commitment today to work towards the transformation of agrifood systems, foster inclusive rural development and support a shift to sustainable, climate-sensitive agriculture.

The commitments form the core of the ministerial declaration agreed at the closing of the 36th session of the Food and Agriculture Organization of the United Nations (FAO) Regional Conference for the Near East (NERC36).

Government officials, academics and representatives of the private sector and civil society participated in the meeting, hosted by Iraq in hybrid modality, which included a number of presentations by senior FAO officials.

The ministers expressed their support for the FAO Strategic Framework 2022-2031 and formally endorsed the four Regional Priorities under FAO’s programme of work for the region, which focus on creating inclusive value chains and employment opportunities for rural youth, promoting food security and healthy diets for all through trade, food safety and efforts to reduce food loss and waste, greening agricultural practices to ensure environmental sustainability, and building resilience to multiple shocks and stresses.

The Near East and North Africa (NENA) is home to 419 million people, 40 percent of whom live in rural areas and one in five of whom works in agriculture. While enormously varied, the region shares the challenges of severe land and water scarcity. NENA is also home to rising levels of food insecurity and an increasing incidence of extreme poverty and alarming problems of overweight and obesity, especially among children and women.

Conflicts, social unrest, huge dependency on imported food, financial and economic crises and multiple colliding and overlapping shocks reflect the region’s vulnerability, the ministers said. The Regional Conference, an increasingly powerful governance mechanism for FAO that is held every two years offered opportunities for Members to review the Organization’s work in the region and, in the words of Muhammad Karim Al-Khafaji, Iraq’s Minister of Agriculture and Chairperson of NERC36, to take full ownership of outcomes that their joint actions deliver.

“Agrifood systems should and must lead the successful rejuvenation of your region,” FAO Director-General QU Dongyu said in closing remarks to the participants. He congratulated delegates for reaching consensus on the ministerial declaration and emphasized that Ministers of Agriculture and Rural Affairs must play a central role in terms of political commitments and action plans to allow other key partners to help them move forward. “We have to help the farmers, with enabling policies, investment, innovation and information technology,” he added.

The regional conference included a series of ministerial roundtables on food security and healthy diets, on building resilient rural communities for better production, better nutrition, a better environment and a better life for all leaving no one behind, and green recovery and climate action.

FAO also organized a side event on water, energy and food to galvanize preparations for the UN Framework Convention on Climate Change’s COP27 and 28 summits, both of which will be held in the region.

Participants also assessed the efficacy of FAO’s recent and ongoing work in the region. That includes engaging three NENA countries – Sudan, Syria and Yemen – in the Hand-in-Hand Initiative, which aims to match investments and skills with poorer populations. Another Member, the United Arab Emirates, has taken action to mobilize support for participating countries outside the region. FAO’s 1000 Digital Villages Initiatives, which seeks to tap e-commerce and other Internet opportunities to benefit rural smallholders, has been rolled out in seven NENA countries: Algeria, Egypt, Jordan, Libya, Mauritania, Morocco and Tunisia.

FAO’s global initiative One Country One Priority Product, launched in September 2021, holds enormous potential for a region with some of the oldest agricultural traditions in the world, as FAO’s Director-General emphasized in his opening remarks on Monday to NERC36.

Soon FAO will also release a regional edition of the State of Land and Water, a flagship product designed to offer decision-makers up-to-date information on the status and trends of natural resources management in the region as well as response options.

FAO is also helping Members in the NENA region combat a host of transboundary animal and plant pests and diseases such as Desert Locust, Fall Armyworm, Xylella fastidiosa, Red Palm Weevil, Peste des Petits Ruminants and Rift Valley Fever, among others, which have required resource-intensive actions around the region.

Distributed by APO Group on behalf of Food and Agriculture Organization (FAO).

GMOs in Sub-Saharan Africa – What you need to know

Agricultural crops trade between African countries expected to grow by 33%: Cairo 3A Agriculture