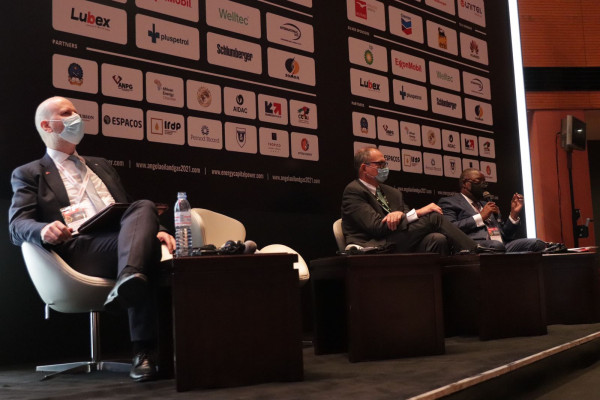 In Africa, with countries relying heavily on foreign direct investment for energy project development, the impacts of the transition, reduced financing, and global environmental pressures have, and continue to be, significant. Yet, the panel emphasized that exploration will continue to play a valuable role in Africa, particularly in Angola’s oil and gas industry.

“We believe that exploration does play a role. We have demonstrated that we can improve the efficiency of our operations. By being as efficient as we can, minimizing flaring, sharing within our partnerships, and utilizing technologies that have been proven to enhance our performance, we will make a big difference,” stated McCafferty.

One of the most significant impacts the energy transition could have on Africa is the restriction of socio-economic development. Exploitation of the continent’s natural resources are the best and most effective way of ensuring economic development and poverty eradication. Yet, if the continent is restricted from developing these resources, the transition will not only have a significant impact on the energy sector, but the overall economy at large.

“The world will still need oil and gas, and these will still form part of our energy matrix. We need to deliver reliable, affordable, and accessible energy. There are lots of areas to be tested and improved in Angola. The energy transition will not affect our exploration, it will affect the way we produce those hydrocarbons. We need to think about the carbon footprint, not only emissions,” stated Bastos.

“It is very challenging to talk about the energy transition when you consider where Angola is right now. As we know, we have a long way to go to build our infrastructure and of course it’s important that we continue with this debate, but we also need to take the opportunity to improve what we are doing within the current oil and gas industry. By improving efficiency, for example, we can maximize production while reducing the impact of carbon emissions,” stated de Brito.

Finally, the panel introduced the value of human capital development, and the role capacity building will play in driving the oil and gas industry, the energy transition, and wider socio-economic growth. With hydrocarbons continuing to play a significant role in Africa, developing human capital, retaining young talent in the industry, and ensuring young people help drive hydrocarbon transformation was emphasized.

“Human capital is one of the biggest challenges in our industry, regardless of the energy transition. We need to change and attract new talents and young talents: people who think outside the box and people who do not do things in a traditional way. The oil and gas industry needs people who are not afraid to embrace change. The industry has suffered with competition from digital companies, with young talent wanting to work within the digital industry and renewables. We need to start encouraging young talent to think oil and gas. This can be done through recruitment as well as through education and programs that foster talent,” stated Bastos.