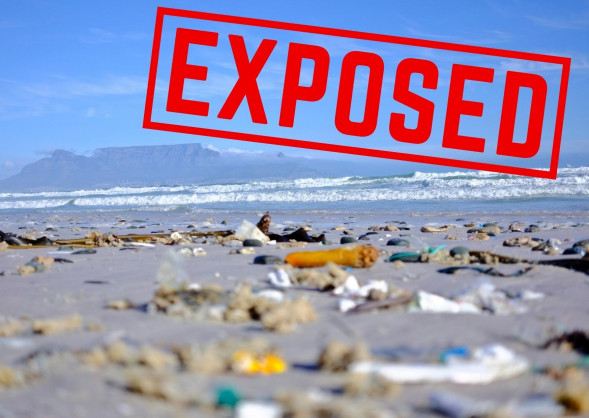 This morning, a Mail&Guardian exposé (https://bit.ly/2SgQy0v) revealed that the South African government plans to reject a new proposed global treaty on plastics. According to a leaked document [1] the Department of Environment, Forestry and Fisheries is afraid that the plastic ban will make it harder for the country to, among other things, capitalize on the plastic waste trade. This is despite South Africa being the third worst offender on the continent - and eleventh in the world - for land-based plastic leaks into the ocean.

Africa's rivers, oceans and communities are filled with single-use plastic waste. Cases of plastic waste dumping across Africa are on the rise. Plastic lobbyists are trying to undermine anti-plastic policies to flood African countries with plastic waste. South Africa's failure to take leadership on the plastic issue should not set a precedent; African governments should prioritize signing this global treaty to truly take the continent out of the plastic crisis.

“The South African government remains tone deaf to our needs for a safe and healthy plastic free environment. One of the scariest realizations in the document is that our government is considering importing plastic waste despite global outrage against using other countries as dumping sites. Several countries in Asia have stopped accepting waste due to the environmental injustice it causes underprivileged communities; the United Nations just released a much-publicized report on this [2].”

“As noted in the document, the South African government is fully aware of the country’s contribution to ocean plastic pollution - we are the world’s eleventh largest contributor. Yet, they are hoping to derail the global treaty because it might stand in the way of them capitalizing on the plastic crisis.

“This document proves what we have been saying for months: the South African environment department is captured by corporate interests when it comes to the plastic issue in our country. The fact that they only consulted with business interest groups, and that all of their proposed interventions are focused on financial benefit and not the reduction of plastic pollution, speaks volumes about the mindsets of our leaders.”

“The government’s argument is that there are sufficient existing platforms that cover the issue of plastic, namely the Stockholm and Basel conventions. However, these platforms are only looking at plastic at its end of life, they deal with the impact of plastic.

“We need a treaty that is looking at plastic further up the value chain and that is what the global treaty is going to do. As long as the department is acting with the interests of the plastics industry in mind, they are not going to be ambitious enough.”

Distributed by APO Group on behalf of Greenpeace.