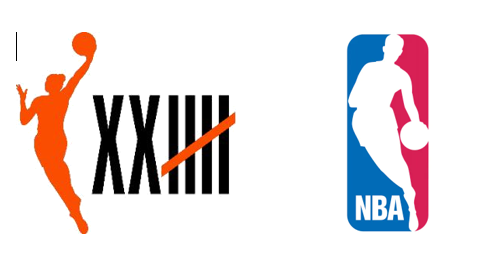 Los Angeles Sparks forward Nneka Ogwumike has been named the recipient of the 2021 Kim Perrot Sportsmanship Award, the WNBA (www.WNBA.com) announced today. This is the third straight Sportsmanship Award for Ogwumike, making her the only player to win the award in three consecutive years.

The Kim Perrot Sportsmanship Award is presented each season to a player who exemplifies the ideals of sportsmanship on the court, including ethical behavior, fair play and integrity. The award is named for the late Kim Perrot, who helped guide the Houston Comets to their first two WNBA championships before passing away in August 1999 after a seven-month battle with cancer.

A member of the W25, Ogwumike has been an invaluable leader for the WNBA community. Over the last two years, Ogwumike, as President of the Women’s National Basketball Players Association, has spearheaded a new and groundbreaking Collective Bargaining Agreement and led much of the league’s social justice efforts. She also previously won the 2018 season-long Community Assist Award for her dedication to community service efforts.

The six-time WNBA All-Star and former Most Valuable Player, Ogwumike led the Sparks with 14.5 points and 6.5 rebounds in 18 games. Ogwumike is a five-time All-WNBA selection and won a championship with the Sparks in 2016. She was also named the 2012 WNBA Rookie of the Year, which followed her selection by Los Angeles as the No. 1 overall pick in the 2012 WNBA Draft.

Below are the voting results for the 2021 WNBA Kim Perrot Sportsmanship Award and a list of all-time winners.

About the WNBA:
Currently in its 25th season in 2021, the WNBA is a bold, progressive basketball league that stands for the power of women. Featuring 12 teams, the W is a unique sports property that combines competition and entertainment with a commitment to diversity, equity and inclusion and social responsibility. Through its world-class athletes, the in-game fan experience, TV and digital broadcasts, digital and social content and community outreach programs, the league celebrates and elevates the game of basketball and the culture around it.

In 2020, the WNBA and the Women’s National Basketball Players Association (WNBPA) signed a groundbreaking eight-year CBA that charts a new course for women’s basketball—and women’s sports overall—with a focus on increased player compensation, improvements to the player experience, expanded career development opportunities, and resources specifically tailored to the female professional athlete. Key elements of the agreement are supported through the league’s new platform, WNBA Changemakers, with AT&T, the WNBA’s Marquee Partner and inaugural Changemaker, as well as fellow inaugural Changemakers Deloitte and Nike, and the recent addition of Google. During the 2020 season, the WNBA and WNBPA launched the WNBA Justice Movement forming the Social Justice Council with the mission of being a driving force of necessary change and continuing conversations about race and voting rights, among other important societal issues.