Loan books grow but so do net loan provisions

Demand for new loans outstripped deposit growth at nine of the 10 listed banks in the United Arab Emirates in the first quarter of 2019, according to a new report.

The UAE Banking Pulse report from financial services consultancy Alvarez and Marsal found that the combined loan-to-deposit ratio for the 10 lenders increased to 88.3 percent by the end of March - up from 86.4 percent at the end of 2018.

Net interest margins also declined for the third quarter in a row, falling by seven basis points overall to 2.44 percent. This was due in part to the fact that funding costs have continued to increase, and are now 69 basis points higher year-on-year at 2.18 percent. This was partly attributed to seasonal trends, but banks' cost of risk uave continued to rise as a result of increased provisions made to cover loan losses. Four of the 10 banks did report an increase in net margins, though. 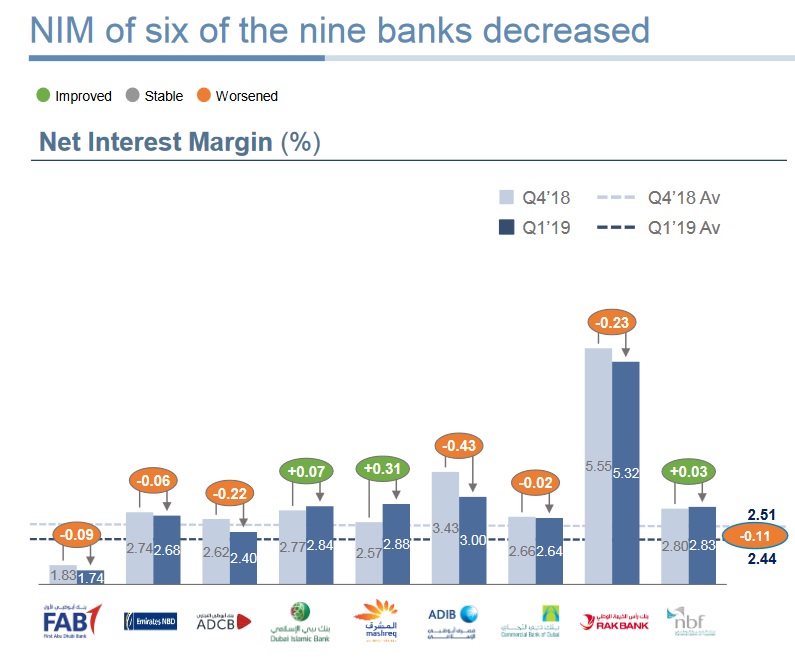 Average return on equity (ROE) increased to 15.6 percent, up from 14.8 percent during the final quarter of 2018. Six out of the 10 banks increased their return on equity, with Mashreq reporting the highest increase. Abu Dhabi Investment Bank reported the steepest fall, with ROE declining to 16.2 percent, down from 21.8 percent at the end of last year.

In a press release accompanying the report, the co-head of Alvarez & Marsal's Middle East office and report author Saeeda Jaffar said that banks were continuing to face funding cost pressures, but that operating profits had increased.

“Whilst it is possible that liquidity could tighten in the coming months, we continue to maintain a balanced view towards the sector, with a focus on asset quality and improving profitability," she said.