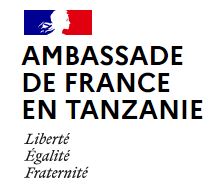 As part of the 16 days of activism against GBV, a charity concert organised by the French Embassy, 7 member states of the European Union, the European Union delegation in Tanzania, UNWomen and UNFPA was held on December 8th 2021 at the Serena Hotel in Dar Es Salam.

More than 30 artists were present during the event including Sghito, Shika Ndoto Allstars, Ben Pole, Siti and the Band, Nadi and Nuri Bedja.

The objective of the event was to sensitize the society, government, NGOs, the private sector, associations of young people, religious authorities, etc to GBV issues.

An award ceremony was held during the concert in order to honor committed figures. Cécile Frobert, the Head of cooperation and cultural affairs at the french embassy has awarded a prize to Rachel Emmanuel Nzengo, journalist Mlimani radio and Champion of Change for Gender Equality.

The night event was a true success, gathering more than 700 people and helping to raise funds which will be redistributed to 6 local NGOs who fight for the empowerment of young girls and women.

Al-Mutawa joins the strategy board of the MEPRA