Guinea-Conakry Deserves a Just Energy Transition and More Oil and Gas Investment During the MSGBC Oil, Gas and Power Forum in Dakar 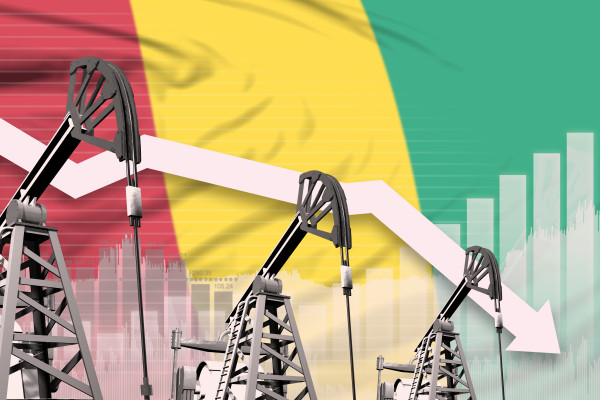 Under pressure from climate change and energy transition directives, a growing list of oil and gas majors is shifting from fossil fuels to renewables. As a result, they’re pulling out of or reducing investment in some of the world’s most economically vulnerable hydrocarbon-producing nations, most of them in Africa. Ghana, Liberia, and Nigeria are among the early victims. The socio-economic effects of stranded resources are likely to be profound. For now, at least, leaving oil and gas in the ground means leaving impoverished people in the dark.

Fortunately, prospects remain bright for other parts of West Africa — but only if the strategic development of oil and gas is allowed to continue unabated and the continent is allowed to set its own timetable for addressing GHG and other climate challenges.

Many investors will be looking forward to having serious conversations about the potential of Guinea Conakry during the MSGBC Oil, Gas and Power Conference in Dakar scheduled for December 16 and 17th under the patronage of President Macky Sall. The two-day forum will bring together energy industry stakeholders from more than 20 nations to discuss some of the most pressing problems facing African oil, gas, and power sectors in the era of growing climate change risk.

Despite energy companies exiting some hydrocarbon-producing regions of Africa in their attempt to meet net-zero emissions goals and avoid the reputational risk of developing fossil fuels, geophysicists and analysts have high hopes for Mauritania, Senegal, The Gambia, Guinea-Bissau, and Guinea-Conakry (MSGBC) basin. Energy data company TGS has called MSGBC “a shining light of African exploration” while IHS Markit said it represents “one of the most exciting areas of frontier exploration in the world.” Australia’s FAR is one of the E&P companies planning to take advantage of the basin’s potential. In partnership with Petronas, the national oil and gas company of Malaysia, FAR has contracted a deepwater exploration ship offshore Gambia and is targeting 1.1 billion barrels of prospective oil resources on a best estimate 100% recoverable basis. An exploration well was expected to begin between October 1 and November 30, meaning a first glimpse of newfound wealth in the area might be just days or weeks away. It will be the first well drilled in the basin since the COVID-19 pandemic began.

As for Guinea-Conakry, continued development of the MSGBC basin could accelerate our country’s economic growth and help improve a power grid that falls far short of meeting our nation’s needs.

Guinea has just one electricity distribution facility for 13.5 million inhabitants, with a reach largely limited to Conakry and a handful of small cities. In 2019, access to electricity was slightly more than 66%; in rural areas, the figure drops to less than 10%. As home to the sources of the Niger, Gambia, and Senegal rivers, Guinea’s hydropower potential is enormous but has been largely unfulfilled for decades, although the 240 MW Kaleta project 135 miles from Conakry and the 450 MW Souapiti dam — both products of Chinese investment — are contributing to the electricity load.

Still, in the absence of modern fuels, most rural Guineans rely on firewood and charcoal for cooking. The only form of renewables widely available is traditional solid biofuel, not wind, solar, or even hydropower.

Unlike most of the Western countries that are setting net-zero and other climate schedules, Guinea is a carbon sink, that is, an area with particularly abundant natural resources, especially forests, that absorbs more carbon from the atmosphere than it produces. All told, Guinea’s contribution to global greenhouse gas emissions is less than 0.1%. It’s estimated that as we work to bring people out of poverty and overcome food insecurity, emissions will grow by about 4.4% annually.

As we will discuss at the MSGBC Oil, Gas and Power Conference in Dakar, we are not inured to the challenges of climate change; neither are any of the countries who will be represented there. We realize that even though our carbon footprint is a small fraction of most other nations, we know that certain sectors of our economy are particularly susceptible to climate change, including agriculture.

What many in Guinea are asking for is the right and privilege of creating their own sustainability roadmap, one that allows them the dignity to use their resources to bring modern energy to their people, to provide well-paying jobs, to invite foreign investment, and to determine how best to keep their limited GHG emissions in check. Guinea-Conakry should be entitled to create energy policies that reflect its reality, not the realities of the Western nations that have stronger economies and, as a result, contribute far more emissions than Guinea Conakry does.

The African Energy Chamber is looking forward to meeting and to broadening the discussion about oil and gas investment in Africa and the effect it will have on climate and our people.