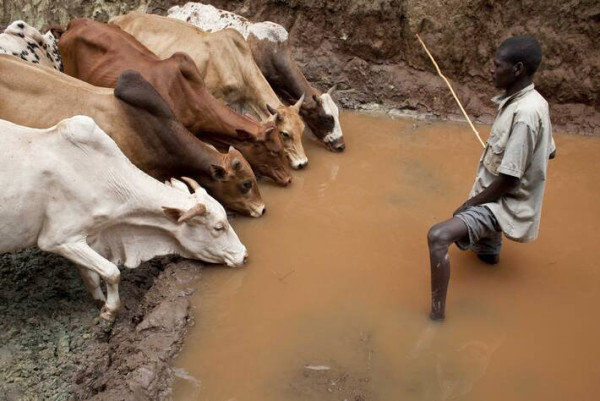 With some of the world's worst food crises in recent years impacting tens of millions of people, there is an urgent need for specifically targeted funding for emergency livelihoods assistance and to build resilience, the Food and Agriculture Organization of the United Nations (FAO) said today.

"Today we face unprecedented food crises on multiple fronts. Starvation and hunger-related deaths are a present reality," FAO Director-General QU Dongyu told the  High-Level UN event: Action in Support of Preventing and Ending Famine Now. "As we near the end of 2021, the situation has continued to deteriorate."

Over half a million people in four countries (Ethiopia, Madagascar, South Sudan and Yemen) are experiencing catastrophic food insecurity and more than 41 million are on the edge of famine, in emergency conditions (IPC Phase 4 out of 5) - one shock or stress away from a worst-case scenario, QU said. Burkina Faso and northeastern Nigeria are also facing an increased risk of acute food insecurity.

Today's event was convened in collaboration between the Governments of the Dominican Republic, Ireland, Norway and Sweden, FAO, the UN Office for the Coordination of Humanitarian Affairs and the World Food Programme (WFP).

The FAO Director-General said the situation had continued to deteriorate, with amounts of aid allocated and disbursed falling well short of the $6.6 billion sought by humanitarian organizations to meet urgent needs. In addition, of the funding provided, far too little was focused on the resourcing of emergency livelihoods assistance - a central component of any effective strategy to prevent famine, QU said.

Since UN Secretary-General António Guterres announced the creation of a High Level Task Force on Famine in March, FAO has helped at least 5.5 million people in the six countries designated as high priority by the group to produce critically needed food in the last few months.

FAO is also committed to building long-term resilience to protect, restore and improve livelihoods in the face of threats that impact agriculture, nutrition, food security and food safety.

FAO points to evidence on the ground showing that the emergency humanitarian support is highly effective:

Across the six priority countries that the task force is focused on, FAO has received less than one-quarter of the resources needed for emergency livelihoods assistance.  But many more countries and regions also face the growing threat of acute food insecurity.

Among those about which FAO is concerned are: Haiti where livelihoods are threatened by COVID-19, instability, insecurity, the earthquake, livestock diseases and economic turbulence; Afghanistan, where one in three Afghans were already acutely food insecure and where basic services are under threat; East Africa, which faces the threat of a third consecutive season with scarce rains for crops and livestock, with significant implications for food security.

QU called for an urgent scaling up of anticipatory actions, such as last year's efforts by FAO and partners during the desert locust upsurge, preventing massive losses of staple crops and livestock valued at over $1.5 billion, protecting the food security of over 36 million people.

He said the humanitarian community could not afford to wait for famine declarations before taking action, adding that to really prevent famine, humanitarian assistance was needed to transform agri-food systems and build resilience for the most vulnerable.

"We need to work together to transform our agri-food systems so that they are more efficient, inclusive, resilient and sustainable," the FAO Director-General said.

Distributed by APO Group on behalf of Food and Agriculture Organization (FAO).

Mexico's Incode gets unicorn status after $220mln funding round