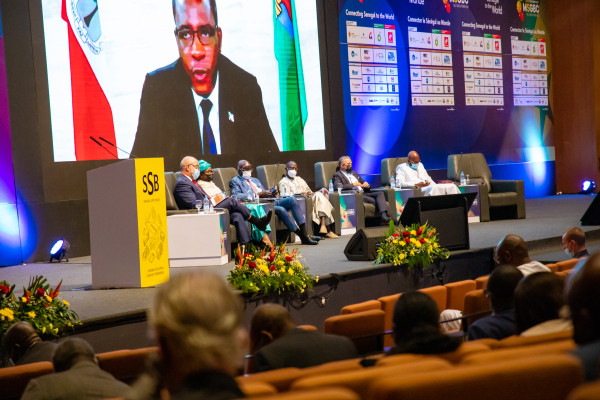 “Africa first needs to address energy poverty before we can talk about the energy transition.  Energy poverty exists. It's a reality in much of Africa. You cannot talk about energy transition without first providing electricity to your people. This is why I call on Senegal, Mozambique and Uganda, Africa’s new oil and gas producers, to speak up and defend their right to develop their resources, because they are the ones with the most to lose,” H.E. Lima stated.

He pointed the finger at major consumer markets and unsustainable consumer habits as the true challenge to tackling climate change.

“We want to make it very clear that we do not deny climate change. Climate change is real, but there are two sides to this story, that of the producer and that of the consumer. The amount of energy used to play video-games in the United States is equivalent to that used by the whole Nigerian central government. You cannot just blame the producers. You need to address consumption and consumer habits,” the political leader pointed out.

The Minister further underlined that “it’s definitely a responsibility of the consumer to consume in a more sustainable manner. That is why when there are protests against the producers, they seem driven by people that don’t understand that we are the ones keeping the lights on and that they are the ones that need to change their habits in order to protect the environment.”

The MSGBC Oil, Gas and Power 2021 Conference and Exhibition is the leading energy event for the MSGBC region, taking place annually in Dakar, driving investment, debates and networking opportunities for the region’s energy elite.

Dubai, Abu Dhabi fuel prices rise by up to 15% in July