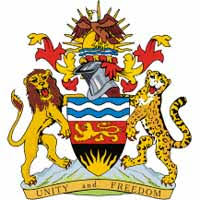 State President, Lazarus McCarthy Chakwera has called upon the newly appointed ministers to work together with his government so that they  bring positive solutions and change to the lives of Malawians.

Chakwera said this on Sunday in Lilongwe when he presided over the swearing in of newly appointed ministers and deputy ministers at Kamuzu palace.

“I expect my Cabinet to work together. Many of Malawi’s problems are multi-sectoral and require inter-ministerial collaboration. Therefore, no minister within my administration shall work in silos or alone,” Said chakwera.

The President told the new ministers that he has called them to help him govern Malawians with hard work through the ministerial positions they have now occupied.

“There is no excuse for sloth, laziness, and procrastination. You must attend to your duties. You must fulfil your responsibilities. You must do your job,” Chakwera emphasized.

Chakwera then stressed the need for ministers to work ethically by avoiding corruption at all cost and no under any circumstances or for any personal glory, violate the oath of office and related oath of secrecy they have taken.

“Do not bully or push state institutions to pay or award a contractor from whom you stand to benefit and with whom you have business interests or shares. That is corruption,” he said.

The Malawian leader further warned the ministers that the law will take its course if any of them is found guilty of any charges of corruption and never will the president at any point use his office to save them from their mistakes.

In his remarks before administration of the oaths, Secretary to the President and Cabinet, Zangazanga Chikhosi, said the swearing in ceremony is a requirement by laws of the land that a minister shall not assume office without taking an oath of office and allegiance.

The swearing in of newly appointed 21 ministers and 9 deputy ministers come in barely days after the Presidents had announced dissolution of the cabinet on 24th January 2022 and later announced the additional cabinet ministers on 26th and 27th January.

Distributed by APO Group on behalf of Government of Malawi.