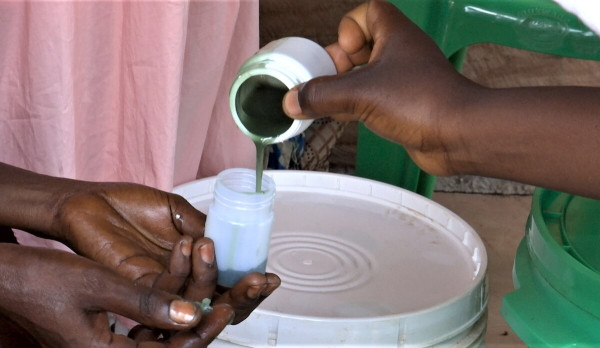 Nearly a year after a massive outbreak of violence in Western Equatoria’s greater Tambura region, which led to tens of thousands being displaced while numerous others were killed or injured, there is a gradual return of calm and stability.

However, much remains to be done to ensure community members begin the healing process and regain their confidence.

Aware that the trauma of past violence is still fresh in people’s minds, the United Nations Mission in South Sudan (UNMISS) is continuing all efforts to foster reconciliation, protect communities and build a lasting peace here.

A recent initiative by the UN Peacekeeping mission and local implementing partner, Anika Women’s Organization brought some 60 displaced people together in a three-month long skills training.

The objective: To enable conflict-affected to become economically independent, increase their resilience and develop them as local ambassadors of peace and progress.

The mission’s efforts are appreciated by participants, as expressed by 28-year-old Ngbapai Lilian, whose husband was killed last year. This young widow has two children and what she has learned in these 90 days will enable her to educate them.

“I am filled with gratitude towards Anika Women’s Organization and our international friend, UNMISS,” says Ngbapai. “I now know how to make soaps, lotions and shampoos and am looking forward to starting my own business and raising my children well,” she adds proudly.

Ngbapai isn’t the only one who sees a brighter, more prosperous future ahead for herself, thanks to such workshops.

Vincent Arkangelo, a father to four children, had fled from South Sudan during past civil wars and returned to his original village in Western Equatoria only in August 2021.

Unfortunately, very soon after their return Vincent and his family were again caught up in turmoil.  But now, this initiative has given him hope as he has become an adept beekeeper.

“The experience I have gained in modern bee keeping will help me sustain my children and I vow to trickle my knowledge down to other community members who couldn’t take advantage of this skills training. Beekeeping is now my source of income and with a little luck the honey I harvest will sell rapidly in the market,” he says with a smile.

Such heartfelt testimonies are what makes Amelia Yabang, Executive Director of Anika Women’s Association, feel that she and her colleagues are doing a worthwhile job.

“The women who have been empowered by this livelihood training will, in future, become ambassadors of sustainable peace and a beacon of hope for their communities,” she states. “We are grateful that UNMISS allowed us the privilege to partner on this special project that has had an immensely positive impact,” she adds.

For his part, the State Minister of Youth and Sports David Simbi highlighted the beneficial impact of such initiatives on young people in the state, given widespread unemployment.

“It is my dearest wish that all beneficiaries of this programme use what they have learnt to quell the culture of war and empower themselves as well as their fellow community members. To help youth start their own businesses the state government has decided to introduce cash loans for young entrepreneurs as we believe this will help usher in progress and development in Western Equatoria,” said Minister Simbi.

UNMISS hopes that this project will infuse fresh momentum into the drive for durable peace, as well as promote stability and community resilience.

The effects of conflict in Tambura, though, are still visible with many people continuing to seek refuge within displaced people’s camps. But with a little help from international friends, communities here are slowly making their way towards a more peaceful future.