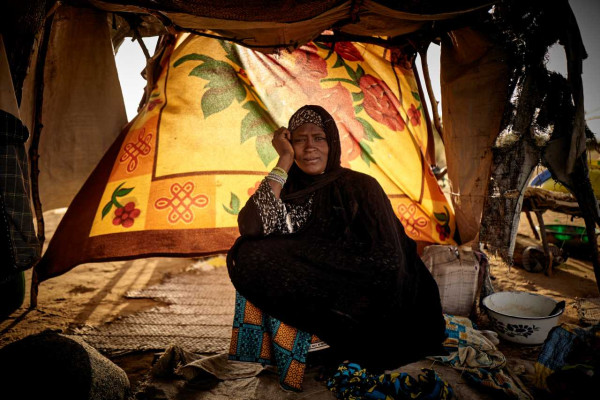 The five-minute vocal and instrumental composition brings attention to the ongoing crisis in the Sahel, while highlighting the region’s rich musical heritage and the resilience of its people.

“This song celebrates the persistent resilience, generosity, solidarity and strength that Sahelians continue to display despite the crisis that surrounds them, as well as their vibrant music and cultural heritage,” said Bounena Sidi Mouhamed, Deputy Head of OCHA’s Regional Office for West and Central Africa.

Mr. Vieux Farka Touré, a well-respected Malian musician and strong advocate for the Sahel, agreed to write, produce and record the song. Noteworthy Sahelian musicians from across the region and beyond have joined the collaboration, lending voices and music to drive awareness.

Their lyrics address youth in particular, who make up a majority of the Sahelian demographic.

“The youth must show courage, strength and fight against this crisis. Peace and solidarity are the tools. If peace is built now, our children tomorrow will thrive,” said Mr. Farka Touré. “Music is a fantastic tool to share messages. Sharing awareness is of paramount importance. It has a strong impact on what happens in our countries.”

The artists share a message of peace, solidarity and hope for a prosperous future for the Sahel, in which everyone has the opportunity to thrive. To reach this goal, continuous engagement and investment are necessary.

A behind-the-scenes video on the making of the song is also available.

The humanitarian situation in the Sahel is deteriorating rapidly. People’s needs across the region have reached unprecedented levels. Vulnerability is increasing due to escalating conflict, rising food insecurity, multiplying climate emergencies and the pandemic.

Conflict is the main driver of the region’s increased needs and displacement. The rapidly deteriorating situation in the Central Sahel and the Lake Chad basin is threatening lives and having a devastating impact on people’s livelihoods. From 2015 to 2020, the number of violent attacks increased eightfold in the Central Sahel and tripled in the Lake Chad basin. Security incidents, attacks and kidnappings are a daily reality for millions of civilians and humanitarian workers in the field.

The worsening insecurity is affecting humanitarian activities and personnel. Aid workers are increasingly at risk, with 315 abducted and killed last year alone. Insecurity has forced the suspension of life-saving operations in some locations, leaving communities without access to even basic assistance. Affected communities in remote rural areas are already struggling with chronic needs. Exposed to violence and insecurity, they are quickly slipping into deep crisis.

Distributed by APO Group on behalf of Office for Coordination of Humanitarian Affairs (OCHA).