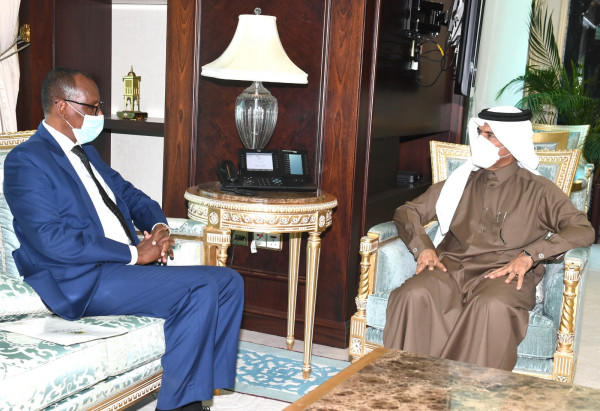 HH the Amir Sheikh Tamim bin Hamad Al-Thani received a written message from HE President of the sisterly Federal Republic of Somalia Mohamed Abdullahi Farmaajo, pertaining to the solid ties between the two countries and ways for enhancing and developing them.

The message was received by HE Secretary-General of the Ministry of Foreign Affairs Dr. Ahmed bin Hassan Al Hammadi during his meeting with HE Ambassador of the Federal Republic of Somalia to the State Abdul Razak Farah Ali.