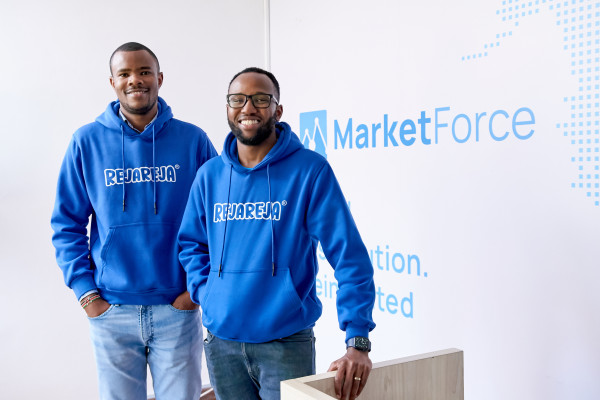 Today, MarketForce (MarketForce360.com), the Nairobi-headquartered B2B platform for retail distribution of consumer goods and digital financial services in Africa, announces the closing of a $40 million Series A round, the largest Series A round of it’s kind in East and Central Africa. The raise comes 7 months after concluding a pre-Series A round.

The round was led by V8 Capital Partners - a London and Lagos based African-focused investment vehicle - with participation from Ten13 VC, SOSV Select Fund, Vu Ventures, Vastly Valuable Ventures and Uncovered Fund, along a number of existing investors; Reflect Ventures, Greenhouse Capital, Century Oak Capital and Remapped Ventures. Ken Njoroge, Cofounder and former CEO of Cellulant also participated in the round and joins the board as Chairman. The oversubscribed round was made up of equity and debt.

In sub-Saharan Africa, approximately 90% of household retail transactions are in cash, and delivered through a network of about 100 million MSMEs. Retail payments on the continent are expected to top $2.1 trillion by 2025 (https://mck.co/3I9wKRt), and MarketForce aims to digitize a large portion of these offline transactions.

MarketForce runs an asset-light operating model and is currently operational in 5 markets (Kenya, Nigeria, Uganda, Tanzania and Rwanda) with the merchant super app, RejaReja - which offers informal merchants next-day delivery for hundreds of SKUs from the leading FMCG brands. One year ago, MarketForce served about 5,000 customers: now, that figure has grown more than twenty-fold to 100,000 merchants, with the average transaction size tripling and revenue growing 27x over the same period.

With this round of funding, MarketForce plans to scale merchant inventory financing through a BNPL offering, grow deeper in existing markets and avail more digital financial and banking services through its extensive merchant network. MarketForce has a team of 400 and intends to double the team before the end of the year.

Building the "Operating System" for retail distribution in Africa

“Our goal is be the ultimate partner for informal merchants, empowering them to maximize their profits and grow in a digital age by getting better service, assortment, and access to new revenue opportunities, outfitting them with the technology and support they need to transform themselves from simple FMCG outlets to comprehensive financial service hubs for the continent’s last-mile communities,” said Tesh Mbaabu, Cofounder and CEO of MarketForce. “We are targeting to serve over 1 million active merchants on our platform in Sub-Saharan Africa by 2025.”

"The MarketForce team has demonstrated their ability to build a differentiated, powerful and all-inclusive digital commerce platform for merchants in Africa. We are proud to partner and build the future of retail in Africa by helping to optimize supply chains and catalyze the digitization of the African retail ecosystem, which holds a lot of untapped potential to improve incomes and enable millions of African merchants to grow their businesses,” said Tobi Oke, General Partner at V8 Capital and member of the MarketForce board.

Distributed by APO Group on behalf of MarketForce.

About MarketForce:
MarketForce is a US, Kenya and Nigeria-based technology company that is building the operating system for retail distribution in Africa. MarketForce provides an all-inclusive B2B Commerce and Fintech platform (dubbed “RejaReja” - Swahili for ‘retail’) that empowers merchants in Africa to source, order and pay for inventory digitally and conveniently, access financing, collect digital payments and make extra money by reselling digital financial services such as airtime, electricity tokens and bill payments.

Launched in 2018, MarketForce is a fast-growing YC backed company running an asset-light business model and is currently operational in 5 markets in Sub-Saharan Africa, with over 100,000 merchants and 50 consumer brands trading on the platform.

The countdown to IIFA 2023 begins

Make history or you will be forgotten says Saudi coach Renard