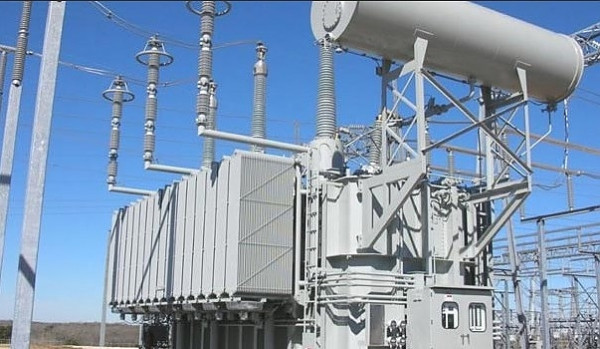 Installation of 27 transformers which will increase transmission voltage of the electricity produced by the turbines from 15 kilovolts to 400 kilovolts at the Julius Nyerere Hydro Electric Power Project (JHNPP) has started. This was revealed by Resident Engineer John Mageni from Tanroads Engineering Consultation Unit (TECU) during a recent official tour of the project's site made by two teams of civil servants.

The team consisted of civil servants from the State House and the Ministry of Public Service Management and Good Governance. Eng. Mageni mentioned other main ongoing work as construction of the power house, which has the length of 305 metres, width of 60 metres and the height of 80 metres.  According to Eng. Mageni, foundation work for the construction of the Switchyard where electricity produced at the JNHPP will be connected to the national grid has already begun.

He told the two visiting teams that Chinese Company known as Dongfang Electric Corporation is proceeding with the making and installation of nine electromechanical equipment, which will have the capacity to produce 235 Megawatts each. "The work of making and installing these electromechanical equipment, which include hydro-turbines, generators, excitation systems; and Main Inlet Valves has started and is continuing well," he said.

Expounding, Eng. Mageni said that already six of these electromechanical equipment have arrived at the site whereby two of them have been installed, while others for are in the preparations of being installed. Tanzania Electrical Supply Company (TANESCO) Managing Director, Dr. Tito Mwinuka said the government has paid a total of 2.tri/- to the two Egyptian engineering construction companies -- Arab Contractors and Elsewedy Electricity, for the project.

"So far, construction work is going on well and the government has already paid contractors a total of 2,7tri/- out of 6,5tri/-," Dr. Mwinuka said. Dr. Mwinuka added that supervisory and consultancy work by the government through TANESCO and Tanzania National Roads Agency (TANROADS) is also going on well to make sure that the project is completed on agreed time, which is June, 2022.

Humphrey Donald, a staff from Public Management Service department expressed his appreciation for what he witnessed at the site and congratulated the government for taking step to implement the mega project. Speaking at different times, Permanent Secretary in the Ministry of Public Services Management, Dr. Lauren Ndumbaro and Mr. Nsubili Joshua - Clerk of the Ministers Secretariat Council said the aim of the tour which involved staff of different levels from the two sections was to enable the staff to see in reality, the strategic projects that the government is implementing.

"The aim of this tour is to increase awareness to the civil servants, who have come here today on what their government is doing and motivate them, work even harder as a way of supporting their government and building their country," they said.