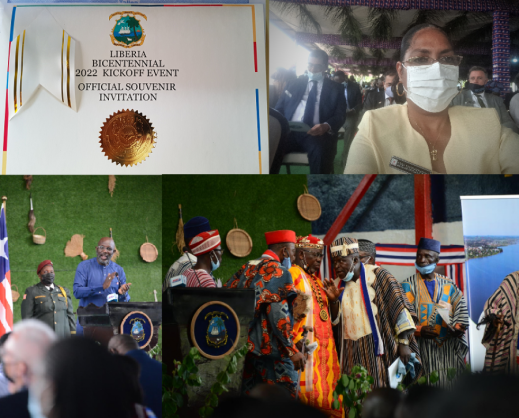 Cuba's Head of Mission in Liberia Mercedes L. Martinez Herrera participated together with members of the Cabinet, the diplomatic corps and foreign business executives in the national celebrations on the occasion of the 200th anniversary of the founding of the West African country.

The event took place on Providence Island, the place where those who founded what is now Liberia first set foot on their home continent in 1822 after returning from four centuries of servitude in the United States.

Liberia's Bicentennial is an important threshold in the history of the African country, the oldest republic in Africa