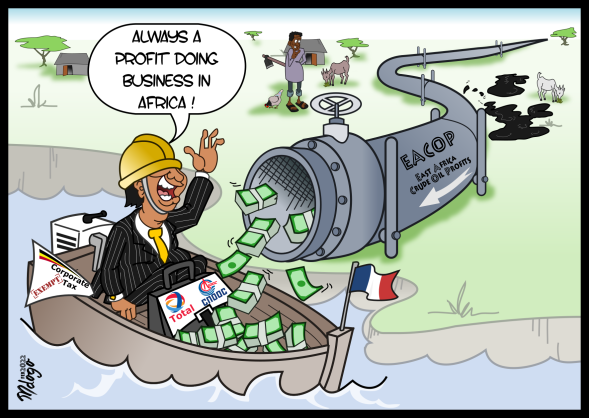 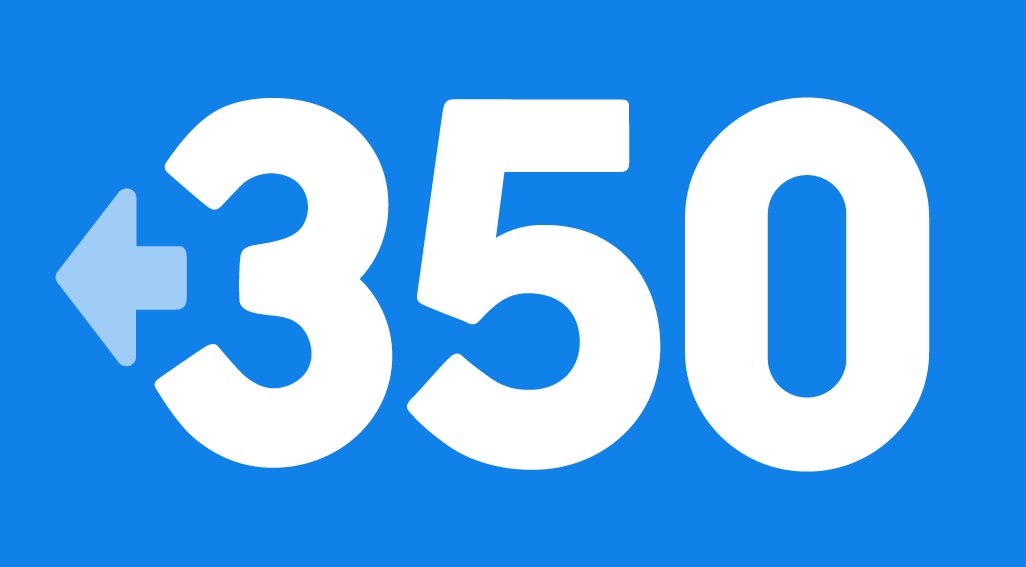 Last week TotalEnergies announced its 2021 financial results and 2022 outlook (https://bit.ly/3rZanbP), which showed they will be making the largest profit in the history of any company in France. The announcement revealed that the oil and gas giant’s profits amounted to over  $18 billion (https://bit.ly/34UR9L9) for the year 2021. In short, Total is killing it. But the question is, at whose expense?

TotalEnergies (after rebranding its name last year) has a presence in 130 countries globally, including oil and gas extraction activities, refining and chemical sites, and service stations. Of these, 30 of their chapters are in Africa.

If you pose the question: why do 90% of their investments go to oil and gas expansion with a view to increase production by 50% by 2030 with a majority of these projects located within the Global South, they will be quick to tell you their motivations are to support the Global South to develop and catch up with the rest of the developed world. But who are we kidding? We all know that companies, TotalEnergies included, are solely driven by profits, the planet be damned.

As the world rapidly divests from fossil fuels and stricter regulations are being imposed on them, especially in the developed world, it is not surprising that TotalEnergies and other Big Oil companies have identified the Global South as the new frontier for their polluting business under the guise of generating employment for scores of the population and generating revenue for these struggling economies and nations. Well, nothing could be further from the truth.

In a highly publicised revelation (https://bit.ly/3Jv9lKs) last year, it emerged that Total knew about climate change and its impacts for more than five decades, and did nothing to solve the problems. In fact, all they have done is sponsor greenwashing campaigns and actions geared at misleading the public or hiding the impacts of climate change.

This would perhaps explain why Ugandans and Tanzanians do not see Total’s involvement and the announcement of the Final Investment Decision (FID) for EACOP and associated projects as a blessing but the beginning of an economic downshift.

There are several reasons to think this. From the structure of this corporation agreement between Total Energies and the rest shows Total stands to gain the most with a 62% stake on the EACOP. One of those ways is the EACOP Bill  (https://bit.ly/3rNEkLJ) (now Act) which is skewed to benefit Total the most. The Act has many gaps and weaknesses to protect or address environmental, community land rights and climate change concerns. Total owns twice the amount of shares as the Ugandan and Tanzanian governments’ in the pipeline itself, amounting to 62% (Uganda and Tanzania each own 15% shares).

EACOP is not the only African charm that TotalEnergies has set its eyes on. Once in the Democratic Republic of Congo (DRC), Total had called dibs on a large portion of the pristine ecosystem that is the Virunga National Park. After years of dissent from climate and environmental activists, Total bowed to pressure and withdrew from the region (https://bloom.bg/34J1muv), focusing its attention elsewhere. Whether this retreat was conditional remains to be seen. Currently, the company is planning to resume operations on a mega Liquified Natural Gas (LNG) project in Mozambique after almost a year of suspension. Just like in Uganda and Tanzania, Total’s operations have ignited flames in the province of Cabo Delgado by fuelling social tensions that have brought the nation to its knees.

When massive natural gas discoveries were made in 2009, the vision of leapfrogging to middle-income status was all too promising. More than a decade later, the people of Mozambique have nothing to delight in. Instead, unfolding massacres, displacement, and untold misery have become the norm. The already vulnerable locals are feeling frustrated, being caught up in the manifestation of the paradox of plenty. Their resource-rich country is being plundered by political and global economic elites as they suffer violence and human rights abuses amid escalating insurgencies and security threats conveniently labelled as ‘terrorism’.

Beyond the irredeemable tragedy in Cabo Delgado, the town of Palma was also attacked, bringing chaos to the doorstep of Total’s operations and causing people to flee to neighbouring countries and abandoning the town. As a result, Total declared force majeure (https://reut.rs/3h3IGIB) on its $20 billion project, absolving itself of its contractual obligations and commitments while maintaining the largest share of benefits as the project concessionaire despite survival being at stake.

Most recently, Total announced their intent to restart the project (https://reut.rs/36kkFuJ), barely before a return to normalcy in the region. Far be it from over, the impacts of the fossil fuel industry such as Total, in Africa goes beyond human rights violations. Continued investments in the fossil fuel projects will exacerbate the vulnerability of communities in Mozambique, Zimbabwe, Malawi and Madagascar that are yet to fully recover from  the terrible cyclones Idai and Kenneth of 2019 and the recent cyclones Ana and Batsirai that left a wave of destruction, and a death toll of over 100 people. Evidently, the so-called developmental gains promised by such industries are nothing more than the brunt of an already devastating climate catastrophe as they continue to enrich themselves at the expense of African nations.

The people of Africa do not need to be weighed against profit and economic development. The climate crisis is already unfolding in the region. Solar, wind and other green alternative sources of energy that are in abundance have the potential to fuel the continent’s prosperity while putting its people, heritage and the environment at the centre of development.

Distributed by APO Group on behalf of 350.org.

About the authors:
Charity Migwi is the Africa Regional Campaigner at 350.org.
Omar Elmawi is the Coordinator of the #StopEACOP Campaign (https://bit.ly/3LxKUhb)

Al-Marzouq: NBK is a learning hub for financial education

Why Biden pushes an assault weapons ban despite the political odds