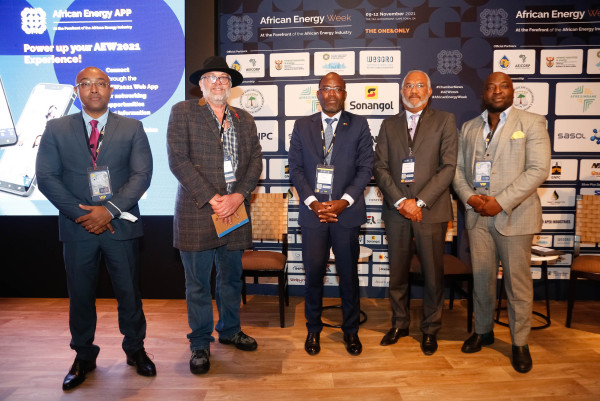 The global push to reduce carbon emissions and phase out fossil fuels will have significant impacts on hydrocarbon dependent countries in Africa. Countries such as Angola, with an 80% reliance on oil serve to be highly affected if they are forced to abandon the resource. Therefore, stakeholders are calling for an adapted, Africa-centric approach to the energy transition, one in which African policymakers and industry leaders have a say.

With a focus on the role of oil and gas in the energy transition, speakers emphasized that decarbonization strategies, rather than resource phase outs, will prove more effective in reducing emissions and protecting the environment. While energy poverty in Africa remains a significant threat and in urgent need of addressing, an adapted decarbonization approach will be significant for the country and continent as a whole.

“It was said that around 600 million in Africa do not have electricity and so embarking on an energy transition focusing on renewables and other types of more expensive sources of energy, if you do have a baseline, could be a dangerous game. The idea is to start a conversation around decarbonization and what role we will play in that space. Obviously, it also helps reduce greenhouse gas emissions. In general, what we as Sonangol mean when we talk about energy transition is this: we are not against it, we think it’s needed, but we feel it must be balanced and as a continent we need to play a role in what we define as ourselves what energy transition means for us. In Gabon, energy transition might not mean the same thing as energy transition in Germany for example. 80% of the country depends on oil. What is our definition of energy transition and at which pace do we want to do it? What we mean is this: we are all in with the transition and are taking very serious and bold steps in order to do it, but we can also do that at the same time as we monetize the vast resource we were blessed with, in a safe and clean way. This is what we mean as Sonangol with energy transition,” stated Inácio.

Despite being committed to oil and gas, using decarbonization technologies to drive the transition, Angola has also expanded its renewable energy objectives with new programs and initiatives driving progress. Notably, speakers provided insight into the country’s hybridization project – aimed at expanding renewable energy utilization in the country.

The question is where are we going to get the money from? How do we get funding for oil and gas projects in the energy transition? Sonangol, as does every other company, is facing the same challenges,” stated Van-Deste.

“We have a project we are trying to sell to the government, the Hybridization project. Today it is considered an off-grid project but in the future, it will be connected to the grid. We are also looking at our internal operations from upstream to downstream and how to minimize the utilization of fossil fuels. A large number of alternative types of facilities are being planned to decrease operational costs and contribute to the environment. We are looking at solar powered gas stations, a place to sell and exchange batteries and charging equipment. We have some industrial parks that are not connected to the grid, so it is an opportunity to sell some renewable energy. We are also looking to engage in studies to improve and maximize the biofuel industry as well as promoting the use of the green hydrogen in Angola,” stated Guedes.

Angola is focused on driving the energy transition but is calling for an adapted approach. Through the continued exploitation of its oil and gas reserves, utilizing decarbonization technologies, Angola stands to benefit from its significant resources, alleviating energy poverty while pursuing cleaner energy sources.

The Saudi Ministry of Industry and Mineral Resources argues in London conference: “Saudi Arabia will become a leader in the sustainable production of metals, for the benefit of the net-zero transition.”

Morocco keeper Bounou back to face Canada after mystery absence