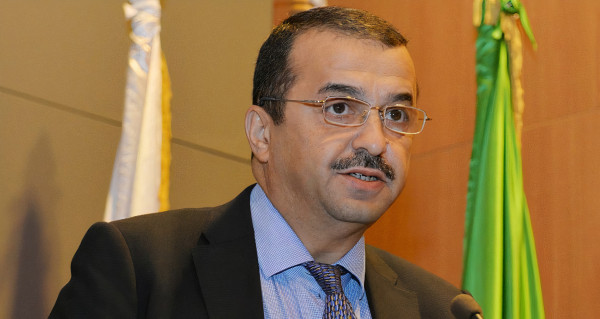 The Council of Ministers of the African Petroleum Producers’ Organization (APPO) just ended its 41st Ministerial Session with a resolve to continue the exploitation of its Member Countries’ huge oil and gas resources for the economic emancipation of its people while also exploring the use of renewable energies.

The Session which was presided by the President of the Organization, His Excellency Mohamed Arkab, Minister of Mines and Energy of the People’s Democratic Republic of Algeria, was attended by the Ministers and Heads of Delegation of the 14 Member Countries of the Organization, namely Algeria, Angola, Benin, Cameroun, Chad, Congo, Democratic Republic of Congo, Egypt, Equatorial Guinea, Gabon, Libya, Niger, Nigeria and South Africa. Also, in attendance were Ministers of Petroleum and Energies of Senegal, H.E. Aishatou Sophie Gladima, the deputy Minister of Energy of Ghana, His Excellency Mohamed Amin Adam, the Executive Secretary of the Africa Energy Commission of the African Union, Mr. Rashid Ali Abdalla and the Executive Chairman of the Africa Energy Chamber, Mr. NJ Ayuk, among other international energy organizations.

Top on the agenda of the Ministerial discussions was the Future of the Oil and Gas industry in Africa in the light of the Global pursuit of Energy Transition. Ministers acknowledged the reality of climate change and expressed their support for any human efforts aimed at tackling the dangers of climate change. The Session noted that the current approach to energy transition is unilateral imposition where the developed countries that have for over one hundred years used fossil fuels to grow their economies and societies and have all along been aware of the dangers of fossil fuel emissions, are now telling the world that fossil fuels are dangerous to mankind and that all should abandon it.

The Ministers noted that this aggressive drive for Energy Transition is coming at a time that African economies are poised to launch themselves into industrialization, which requires a lot of energy, whereas the economies of the developed countries now require less energy because of their transformation from manufacturing to knowledge production and artificial intelligence.

The Ministers identified the imminent challenges that the oil and gas industry will face in Africa as international financiers withdraw funding for the industry, and oil and gas research institutions in the developed countries that have always led the technological development are closing their petroleum faculties. On financing energy projects on the Continent, the Council resolved to look within the continent at both public and private sources to raise the necessary capital to continue to finance the oil and gas industry. They agreed that Africa needs to re-strategize as the game is fast changing. Africa shall need to look within for the expertise, technology, finance and markets for its energy resources. The Council noted that the potential exists, as Africa has a huge population of 1.3 billion people. All they need is to be mobilized and empowered to be able to buy energy.

The Council reaffirmed its commitment to the protection of the environment, emphasizing the need to pursue technologies that would allow for the use of fossil fuels with minimum carbon footprints.  Furthermore the Council called on the technologically advance and financially capable countries to lend their support to African countries as they grapple with the challenges of Energy Transition. Council noted the need for intra-African energy infrastructure like cross-border pipelines, products depots and terminals.

The Council of Ministers unanimously elected H.E. Mr. Diamantino Pedro Azevedo and H.E. Mr. Samou Seidou ADAMBI, Minister of Petroleum Resources of Angola and Minister of Water and Mines of Benin, respectively, as APPO President and Vice President for the year 2022

The next Ordinary Session of the Ministerial Council will be held in Angola during the last quarter of 2022 at a date to be communicated by the host country.

Al-Marzouq: NBK is a learning hub for financial education

Why Biden pushes an assault weapons ban despite the political odds