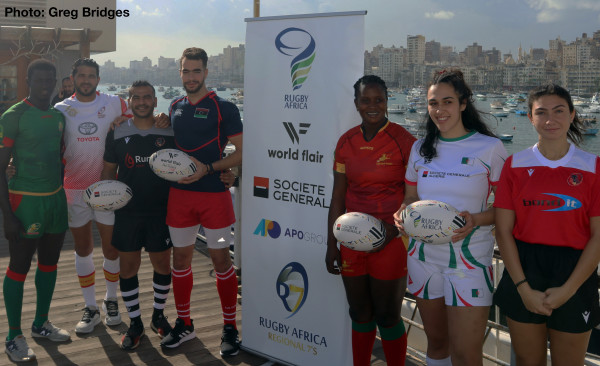 Today, the 17th of December, has marked the kick-off of the North African Rugby Qualifiers Tournament for men and women, which is currently being held at the stadiums of the Arab Academy for Science Technology&Maritime Transport (AASTMT) in Alexandria, from the 17th to the 18th of December, 2021.

Additionally, this tournament serves as the qualifier for the African Rugby Championship, scheduled for April 2022, which will be organized to further qualify the winning teams for the Rugby World Cup Sevens, which will be staged in Cape Town, South Africa from 9-11 September, 2022.

With regard to the North African Rugby Qualifiers Tournament’s first day, all matches have come to end today, where Egypt’s team for men lost against Senegal and Tunisia, meanwhile it achieved a single victory against Libya. On the other hand, Egypt’s team for women has lost all their matches today - which were played against Algeria and Senegal.

As a result, today’s scores of the North African Rugby tournament resulted in the qualifying of Tunisia and Senegal’s teams - pertaining the men’s category. Meanwhile, in the women’s category, the Senegalese team had defeated Egypt and Algeria, enabling Senegal to qualify for the African Rugby Championship.

In closing, tomorrow will witness the announcement of the North African Rugby Tournament’s final winners, for men and women.