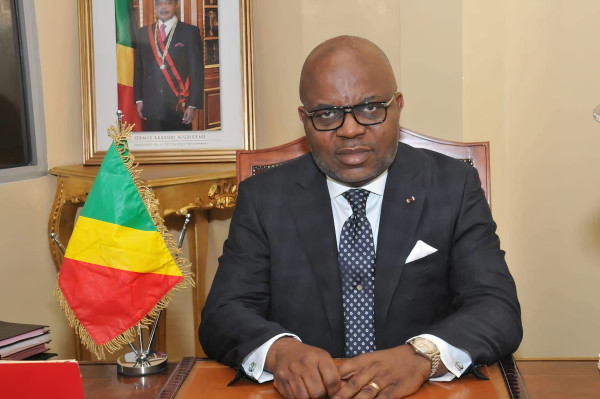 Minister of Hydrocarbons of the Republic of the Congo, H.E. Bruno Jean-Richard Itoua, has taken over the rotating chairmanship of the Organization of Petroleum Exporting Countries (OPEC) for 2022, in a move that will grant African oil producers a stronger voice within the Organization and global energy sector at-large. The African Energy Chamber (AEC) (www.EnergyChamber.org) extends its sincerest congratulations to H.E. Minister Itoua for this achievement and expresses confidence in his forthcoming leadership.

The Republic of the Congo assumes the position from Angola, who held the rotating presidency in 2021. Meanwhile, Minister of Mines and Hydrocarbons of Equatorial Guinea, H.E. Gabriel Mbaga Obiang Lima, has been appointed as alternate president. The announcement follows bilateral meetings between the two Central African countries during the CEMAC Energy Business Forum in Congo-Brazzaville (November 29-30), which addressed growing South-South cooperation and establishing a more robust regional energy sector.

The appointment of H.E. Minister Itoua represents a triumphant step forward for the African continent, which is home to six of the OPEC member states and prolific resource wealth, as it takes on a more active role within the Organization. In the wake of the pandemic and its ongoing effects on the global oil and gas market, Africa is well-positioned to take advantage of OPEC’s renewed focus on unity and coordination, as demonstrated by historic production quotas implemented from May 2020.

“The AEC congratulates and wishes well H.E. Minister Itoua, and H.E. Minister Lima, in steering OPEC into 2022. Africa needs to guide the affairs of the Organization and will benefit from voicing its interests and expanding its petroleum influence,” said NJ Ayuk, Executive Chairman of the AEC. “The AEC wishes to emphasize that Minister Itoua is highly capable of navigating these trying times in the African and global oil and gas industry, and that we are in good hands.”

Representing a group of 13 oil-rich countries that hold nearly 40% of global oil supply, OPEC plays an integral role in oil market stabilization, with cooperation among petroleum producers proving key to returning stability to the market after the sudden onset of COVID-19 and price volatility. OPEC+-led production cuts that removed 10 million barrels of oil per day (bopd) from the global market have since eased to around 5.8 million bopd, with a view to eliminating production cuts altogether by September 2022.

On a continental level, the COVID-19 crisis has created conditions for enhanced cooperation between Africa and OPEC. The Organization has welcomed new African members in recent years - including Equatorial Guinea in 2017 and the Republic of the Congo in 2018 - and recognized the growing influence of African oil globally, presenting a unique opportunity for African producers to reinforce their position on the global energy stage.