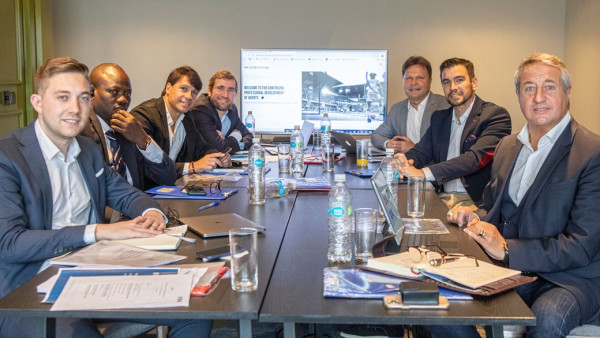 As part of its robust consultation process concerning the FIFA Football Agent Regulations, FIFA held a two-day meeting with agent associations from all around the world in Montevideo.

The meeting provided an opportunity to confirm that several proposals presented by agents have been incorporated into the new legal framework governing agents’ activity, which is expected to be approved later this year. These include the establishment of the Agents Chamber to deal with specific disputes, the limiting of agents’ licences to natural persons only, the payment of agent fees through the FIFA Clearing House, the application of sanctions to clients who work with unlicensed agents and the creation of the Football Agent Working Group, to be composed of representatives of professional football stakeholders and agent organisations recognised by FIFA.

Furthermore, the agent associations from the Americas, Africa, Asia and Europe represented at this meeting recognised the need to raise the ethical and professional standards of their occupation and also noted that several of their proposals were reflected in the third draft of the FIFA Football Agent Regulations. The official position of these associations can be found here (https://fifa.fans/3IR0NNy).

Finally, during the meeting, the agent associations from all around the world emphasised the need for FIFA to launch programmes to foster the holistic development of their members.

“We would like to thank the participating agent associations for the extremely positive dialogue. There is a common objective in terms of raising the ethical and professional standards of this occupation, protecting players and promoting contractual stability and solidarity. This is ultimately about safeguarding the integrity of the sport and ensuring the proper functioning of the transfer system,” commented FIFA’s Head of Agents, Luís Villas-Boas Pires.

The new FIFA Football Agent Regulations are embedded within this reform effort. After a lengthy process initiated in 2018, FIFA shared the third draft with football stakeholders in December 2021 in order to collect a final round of feedback, with a view to the regulations being approved and entering into force later this year.

FIFA’s proposed football agent framework is in line with the European Parliament report on EU sports policy (https://bit.ly/3KZbr6M) and the Council of Europe report on football governance (https://bit.ly/3AQeJ7V), which have recently recognised and supported FIFA’s efforts to modernise the current transfer system.

An overview of the main achievements in relation to the reform of the transfer system is available here (https://fifa.fans/35HExHN).

Distributed by APO Group on behalf of FIFA.