Capital spending by leading Saudi listed companies is expected to significantly pick up in the coming years, in line with the expected acceleration of economic growth and the investments in new sectors and flagship projects, such as Neom, the Red Sea Project, and others

Saudi listed companies invested more than SR177 billion (around $47 billion) in 2020 on their Capital Expenditure (CAPEX), which was equivalent to 7% of Saudi’s GDP last year, according to a first-of-its-kind research in the region.

Capital spending by leading Saudi listed companies is expected to significantly pick up in the coming years, in line with the expected acceleration of economic growth and the investments in new sectors and flagship projects, such as Neom, the Red Sea Project, and others.

According to the ground-breaking research by Awalan, the leading portal powered by Al-Iktissad Wal-Aamal, capital expenditures were maintained by Saudi listed companies, despite the challenges of COVID-19. The drive is consistent with the Kingdom’s Vision 2030, and aims to leverage opportunities offered by the country to diversify its economy away from oil. 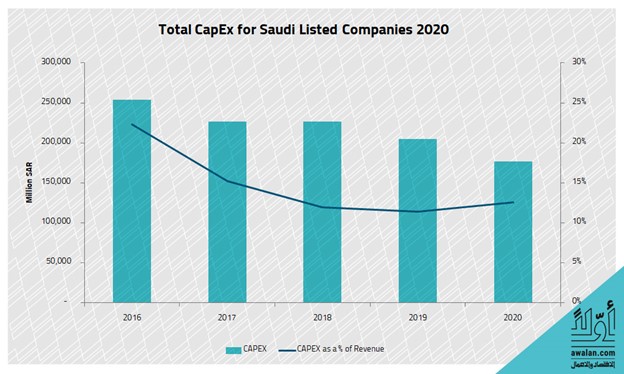 "Awalan" started to monitor capital expenditures by Arab listed companies to provide indicators on market trends and to gauge business sentiment and identify the long-term plans of the corporate sector in the Gulf and other Arab markets.

The report also showed that the Saudi listed companies paid their shareholders around SR 330 billion in cash dividend during 2020. This trend will start to taper in the next two years (2021 and 2022), by introducing a partnering scheme between PIF and Saudi companies. More companies will be encouraged to allocate more of their profits to investments in significant projects, such as those launched as part of the Kingdom's Vision 2030. Subsequently, this will raise the Saudi private sector's share of GDP from 45% in 2016 to 65% by 2030.

Also revealed in the report is a decline of more than 14% in the 2020 capital expenditure, due to the economic contraction and the disruption of the supply chain. The slump in CAPEX affected companies in the hardest-hit sectors, such as energy, entertainment, real estate development, consumer services, durables, tourism, and media. In contrast, leading companies from other sectors such as the telecom, banking and insurance, transportation, and public services sectors increased their capital spending.

Aramco led Saudi listed companies in CAPEX as it spent more than SR 101 billion in 2020, followed by Saudi Electricity Company (SEC), which boasted a CAPEX of SR 23 billion. Sabic came third with SR 15 billion. Telecom companies managed to invest a sizeable CAPEX in 2020; for example, STC led the investments with more than SR9 billion on capital projects last year, representing about 65% of the sector’s CAPEX. 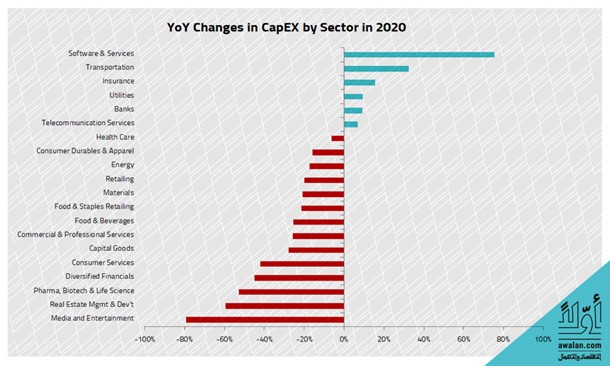 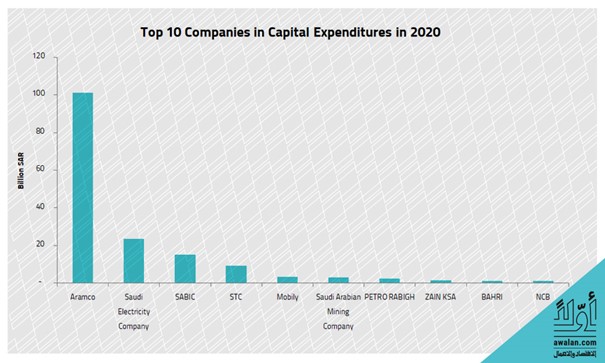 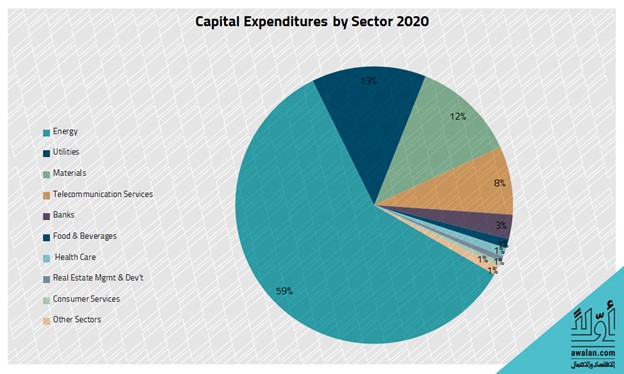