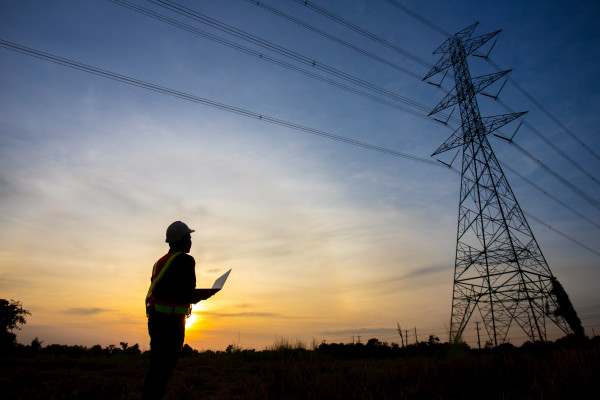 Throughout the 2021 economic recovery, API’s data have demonstrated the intertwined relationship (https://bit.ly/3qlweHW) between the nation’s recovering economy and affordable, reliable energy. Leading economic indicators have continued to rise, and along with them, so has oil demand – even as global oil drilling and investment have fallen.

According to the IMF and Bloomberg consensus of economic forecasters, global real GDP growth could average 4.8% in 2021 compared with 2020: its strongest expansion since 1976, when the price of Brent crude oil was just over $50 per barrel, adjusted for price inflation.  Recent oil prices have been closer to $70 per barrel, and the key question now, is whether we have the energy to support such strong growth.

In that context, actions by the Biden administration that negatively impact or could impact oil and natural gas production appear detached from the critical need for secure, accessible energy:

Limiting access to oil and natural gas reserves, canceling pipelines and neglecting energy infrastructure and targeting the energy industry for higher taxes – hampering investment and reinvestment – are all moves that should make us question where the energy we rely on every day is going to come from under this administration.

Energy makes economies – ours and the world’s – go.  This linkage manifested as a massive energy surplus during the depths of the 2020 COVID-19 recession, and we’ve recently seen buoyancy in a positive direction as oil demand rebounded along with the economy, as we discussed here (https://bit.ly/3gLsif7).

Among wealthy economies like the U.S., restricting oil and natural gas production could adversely impact consumers but would not necessarily derail economic growth so long as imports remained affordable.

For many emerging economies, however, energy policies averse to fossil fuels are a direct assault on their development and potentially, have a negative impact on the lives of billions of people in the process.

Under the Paris climate agreement (https://bit.ly/3vNUX8K), many emerging economies signed on due to promises of financial assistance, technology transfers and capacity building. Having said that, the International Energy Agency (IEA) has now laid out a Net Zero by 2050 (https://bit.ly/3vO4egV) scenario calling for no – that is, zero – investment in fossil fuel supply projects starting today. Under this scenario, there would not even be natural gas-related investments, which have been the driving force for lowering power sector emissions over the past decade.

Yet, at the same time, IEA’s Oil Market Report (OMR) (https://bit.ly/2Uod3RN) for May 2021 candidly noted that “under the current OPEC+ production scenario, supplies won’t rise fast enough to keep pace with the expected demand recovery.”

For the past two quarters, we’ve continually said that oil demand was recovering in tandem with the economy; that U.S. and global oil demand earlier this year had already neared its pre-COVID levels; and, without more drilling and investment expected, economic growth and recovery could be a recipe for an oil shortage, as we detailed here (https://bit.ly/3h4uQoX).

If we weren’t emphatic before now, let’s be amply clear that the world needs energy, and our collective prosperity depends on it. Among affluent nations, the restrictions on oil and natural gas could spur upward pressure on prices and, consequently, headwinds to economic growth and prosperity that could disproportionately affect vulnerable households and their ability to make ends meet.

Energy requires investment, but recent investment levels raise alarms.  In the first quarter of 2021, publicly listed natural gas and oil companies across the industry value chain collectively invested $38 billion, which was the lowest on record for any quarter since 2008 including the Great Financial Crisis.

Meanwhile, the U.S. queue of energy infrastructure projects under construction basically fell by half over the past year – to $174 billion currently from $344 billion one year ago, per API estimates.  This says that, as some projects have been completed and others delayed or canceled, the flow of new multi-billion-dollar energy projects has frozen, which in turn means that many oil and natural gas projects that take years to build won’t be there when we need them.

It’s actually a global problem as worldwide energy investment and oil drilling have fallen to historic lows.  Even in the Middle East and North Africa (MENA) region, where oil can be developed relatively rapidly and economically, energy investments committed between now and 2025 have fallen and lost share in relation to investments in other forms of energy per APICORP (www.APICORP.org).

For Africa and other emerging economies, a lack of energy could impair human and economic development. In fact, a dearth of investment coupled with a divestment campaign against oil and natural gas could be worse than the energy limitations imposed on Apartheid South Africa, denying them the ability to develop their own resources.

Moreover, the geopolitical balance that abundant energy supported – and the U.S. ostensibly values – will shift tectonically. Africa as a continent will be left at the mercies of China. The prospect of Beijing becoming the main source of outside financing for African oil, gas, and gas-to-power projects troubles many in the continent. African nations do not have to shy away from cooperation with China, they are sovereign nations. However, having multiple alternatives is key to drive more market and good governance reforms that the continent could use to advance its development.

Africa needs and should have a range of partners to work with, rather than fall into a pattern of not having to look further than satisfying China’s requirements. China has a less-than-stellar track record on environmental protection, despite being a signatory to the Paris climate accord, and it will be leading Africa.

Particularly for Africa and other emerging economies, which are broadly expected to shoulder the majority of global economic growth for decades to come, the policies that drive economics and energy are intertwined and foundational. We already see indications of an energy shortfall as the global economy recovers – and the Biden administration’s policies could exacerbate the situation and put energy security at risk, at home and abroad.

To move towards identification of emerging risks and provide a more forward-looking view, the focus on smart power technologies, cost-effective solutions, and the global drive towards a decentralized, decarbonized, and secure energy supply that addresses climate change and stimulates economic growth would be necessary steps to consider in the sector.

Lebanon's Mikati says he hopes to form government in near future