Afreximbank's Fifth Annual Babacar Ndiaye Lecture: The Importance of Science, Technology and Innovation in the Transformation of African Economies under the AfCFTA 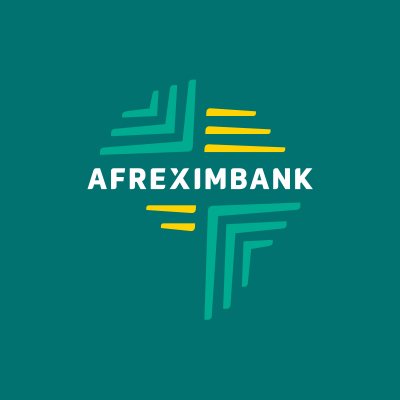 The Keynote speaker at this year’s Babacar Ndiaye Lecture is former President of Mauritius and 2007 Laureate of the L'Oréal-UNESCO For Women in Science Awards, Professor Ameenah Gurib-Fakim; The Lecture will focus on the key role that Science, Technology and Innovation can play in bolstering productivity and fast-tracking industrialization of African economies; The Lecture will also discuss how the AfCFTA provides a unique opportunity for African economies to collaborate in the STEM fields and ensure that talents in those areas remain in Africa.

Now in its fifth edition, the Babacar Ndiaye Lecture that will take place this Wednesday, October 20, brings together leaders in the public and private sectors, think tanks, academia and the general public to engage with one of Africa’s leading political figures and world renowned scientist, Professor Ameenah Gurib-Fakim.

Professor Gurib-Fakim served as the Chairperson at the International Council for Scientific Union – Regional Office for Africa, before becoming the First Female President of Mauritius. Professor Gurib-Fakim has also been the recipient of various international awards including the L'Oréal-UNESCO Award for Women in Science (2007), Laureate for the National Economic and Social Council (2007), and the African Union Award for Women in Science, among others.

Covid-19 heightened the urgency for African self-sufficiency in medicine and other essential manufactured goods which could not be imported at the height of the pandemic downturn either as a result of disruption of global supply chains or export ban to meet domestic demand. In a world where the technological content of manufactured goods has been consistently increasing, Africa’s scientific and technological gap with the rest of the world has undermined the process of economic transformation and exacerbated dependency on imports.

Only 2.4% of the world’s researchers in science are African, 31% of whom are women. “For too long science and technology—the most important drivers of economic development—have been neglected in Africa. We cannot talk about transformation without investing in science.” commented Professor Oramah. The AfCFTA which has the potential to accelerate the transformation of African economies and maximize returns to education could ignite a scientific revolution that will sustain the diversification of sources of growth and improvement of welfare.

This year’s Babacar Ndiaye Lecture promises to offer an insightful and provocative conversation on how Africa must invest in Science, Technology and Innovation to strengthen the continent’s voice in solving some of the problems the world is facing today, but also creating outlets and industries for this and future generations. In addition to the keynote address by Prof. Gurib Fakim, H.E. Prof. Sarah Anyang Agbor, AU Commissioned for Human Resources, Science and Technology, will also address the audience.

Since its inception in 2017, the Babacar Ndiaye Lecture has become one of the major highlights on the continent and the world – a one-of-kind event serving as a nexus for Afreximbank shareholders, partners and professionals, along with existing and potential clients spanning all industries. As event hosts, the Bank is also honoured to welcome CEOs and senior executives of banks and financial institutions, captains of industry and business leaders, senior government officials and central bankers, leaders and representatives of international organisations and DFIs, researchers and members of the academic community, as well as the continent’s diplomatic corps and Chambers of Commerce. In addition the event provides an excellent opportunity to connect with the African Diaspora, policymakers, professionals in the development community, as well as investors interested in business opportunities in Africa.

This year's lecture will be held virtually and is open to the media and general public and registration is available on www.bnl2021.com

Distributed by APO Group on behalf of Afreximbank.

About Afreximbank:
African Export-Import Bank (Afreximbank) is a Pan-African multilateral financial institution mandated to finance and promote intra-and extra-African trade. Afreximbank deploys innovative structures to deliver financing solutions that support the transformation of the structure of Africa’s trade, accelerating industrialization and intra-regional trade, thereby boosting economic expansion in Africa. The Bank has a rich history of intervening in support of African countries in times of crisis. Through the Pandemic Trade Impact Mitigation Facility (PATIMFA) launched in April 2020, Afreximbank has disbursed more than US$6.5 billion in 2020 to help member countries manage the adverse impact of financial, economic, and health shocks caused by the COVID-19 pandemic. A stalwart supporter of the African Continental Free Trade Agreement (AfCFTA), Afreximbank has completed the development of a Pan-African Payment and Settlement System (PAPSS) that was adopted by the African Union (AU) as the payment and settlement platform to underpin the implementation of the AfCFTA. Afreximbank is working with the AU and the AfCFTA Secretariat to develop an Adjustment Facility to support countries in effectively participating in the AfCFTA. At the end of 2020, the Bank’s total assets and guarantees stood at US$21.5 billion, and its shareholder funds amounted to US$3.4 billion. Afreximbank disbursed more than US$42 billion between 2016 and 2020. The Bank has ratings assigned by GCR (international scale) (A-), Moody’s (Baa1) and Fitch (BBB-). The Bank is headquartered in Cairo, Egypt.