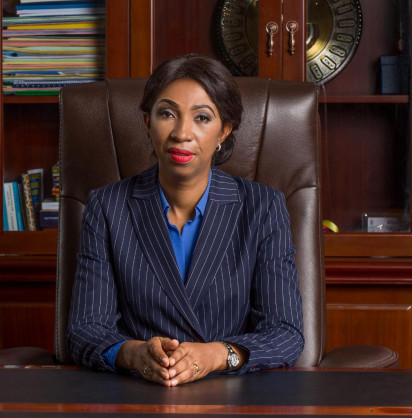 Speaking at an event organised by the National Democratic Institute (NDI) Jeanine Mabunda Lioko, an MP in the Democratic Republic of Congo, highlighted activities that had demonstrated success in her own country in relation to conflict-related sexual violence, but stressed much more action was needed globally.

The NDI is working on developing an International Mechanism to Support Accountability and Justice for Sexual and Gender-Based Violence in Conflict. Whilst there has been some progress, the absence of accountability for sexual and gender-based violence can prevent healing and reconciliation as well as weakening the rule of law and undermining the strength of institutions.

Ms Mabunda said that the under-reporting of crimes was a concern, as highlighted in a UN Report of the Secretary-General to the Security Council in June 2020. There is a need for countries to empower people to report sexual and gender-based violence safely and anonymously. In the DRC, a hotline was set up, in 2014, to do so had proved successful, in part because it allowed crime to be reported but also provided a ‘safe space’ where women could be heard. This is particularly important where a physical safe space is not accessible.

The reporting of sexual violence would also aid countries in understanding the issues they have and dealing with them. Some of the most successful initiatives are designed and implemented by the community but this needs to be supported by the rule of law. She said that victims needed to be given confidence that justice will be served should crimes be reported.

Ms Mabunda called on all Governments to act to combat gender-based violence, harassment and discrimination, saying a global conversation was needed to address the issues that many faces across the world. Mabunda said, “There is a role for the international community which has demonstrated previously that it can react and have an impact. Linking international financial support to improvements being made in certain areas is one such way that international bodies could influence countries to take action against this problem.” If there was a better understanding of the levels of gender-based violence, then clear targets, and actions to meet those targets, could be set. Failure to meet targets could result in a reduction of international aid a country could receive.

For many, there are still stigmas that are attached to sexual and gender-based violence and this needed to be addressed. Countries should take responsibility and make sure that they raise awareness of the issues. It is also essential that the judiciary are trained in handling cases of this type and that perpetrators face justice and are held to account.

Distributed by APO Group on behalf of Jeanine Mabunda Lioko.