Sheikh Sultan bin Ahmed Al Qasimi has said that the Arada joint development company managed to sell 300 units on the 24 billion UAE dirham ($6.5 billion) Aljada project during the first day that they were available at the Cityscape Global exhibition this week.

In an interview with Zawya at the event on Monday, Sheikh Sultan said:  “We launched the first phase of Aljada today (Sep 11) and we are selling very good numbers. Over 300 units have already been sold."

“Hopefully, by the end of 2019, we will deliver all [of] the first phase of Aljada,” Sheikh Al Qasimi told Zawya on the first day of the exhibition. 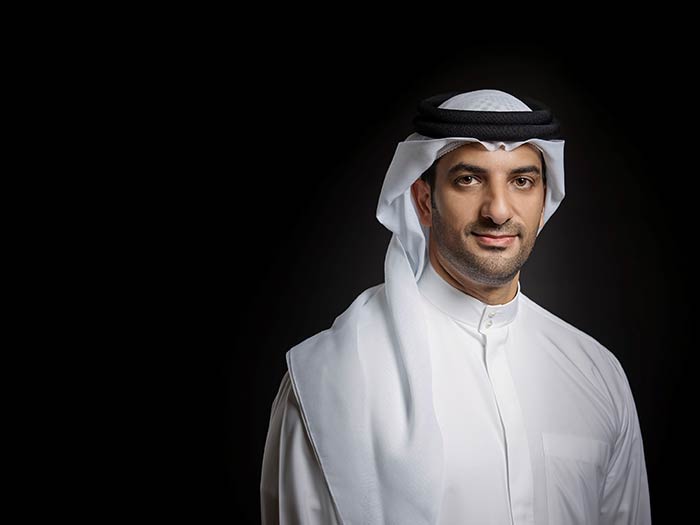 Founded in January this year, Arada is a joint venture between Sheikh Al Qasimi's Basma Group and KBW Investments. It unveiled the Aljada project last week as a 2.2 square kilometre site, with parks and two major boulevards runnning the length of its 12 districts. It will house an entertainment hub with a central plaza, a  500,000 sq m business park and up to 40,000 new homes.

Sheikh Al Qasimi, who is also Chairman of Tilal Properties, announced revised plans for the mall within its Tilal City project - a mixed-use community which includes almost 2,000 residential and commercial plots, as well as sites for educational institutions.

The proposed mall has increased significantly in size. Gross leasable area has been boosted by 68 percent to 115,892 square metres, and net leasable space has grown in size by about 50 percent to 400,000 square metres.

The mall is valued at 1.5 billion UAE dirhams ($408 million) and will contain will contain 220 stores, 61 restaurants and cafés, three family leisure centres and a hypermarket.

“We are launching Tilal Mall, which should be ready in 2021. Today (Sep 11), we have signed two contracts: the first one is with Hilton group that will be running Hilton DoubleTree in the mall, and the second contract is with Colliers International who will be running the mall itself. And hopefully, this mall will serve community in Tilal and around it as well.”

Arab residents of the United Arab Emirates have the opportunity to purchase freehold properties in Tilal City, while foreign expatriates can buy properties on a 100-year leasehold basis.

Discussing the feel of this year's Cityscape Global, Sheikh Sultan said: “Everybody is talking about how low the market is, but you only have to come here for one hour and notice that everybody is excited about the real estate market.

“Talking on behalf of Tilal and Arada, we have a very strong market in Sharjah and we’re showcasing it in Cityscape, which is the best place to showcase any good real estate development,” he added.

“In Sharjah, you have a market for everyone - the mid, low and high market. We are focusing in our products to cater to everyone by making everything affordable, but with very high quality."

However, he added that given the options available in the marketplace, his companies have sought at both Tilal and Arada to introduce some unique aspects to make projects stand out.

“Aljada, for example, [has] an entertainment area that caters to the surrounding buildings which are mixed of living quarters and public spaces. Almost 50 percent of the project is dedicated to public service such as gardens, roads, mosques and things that people can benefit from.”

It added, though, that the emirate is proving a more popular destination for families, which has led to an increase in average villa rents. It is forecasting an 8-10 percent decline in rents for Sharjah apartments over the course of this year, but a 3-4 percent increase in villa rents.

"Sharjah has been the dark horse in the property world for the UAE," Faisal Durrani, the head of research at Cluttons told Zawya at the Cityscape event on Monday.

"People have woken up to the fact that there are gated communities in Sharjah that are equally as attractive as the ones in Dubai, but available at half the price. If you are willing to make that trade-off in terms of the commute, why wouldn't you do it? Developers have realised that is one of the most under-served segments of the market."

Egypt inks deal with US consortium to develop Tahrir Complex