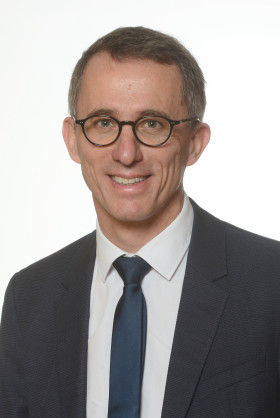 The 2021 Shaping a World of Trust virtual business conversation, hosted by Bureau Veritas (www.BureauVeritas.com), emphasized the need for collaboration between government, companies and customers if Africa was to meet sustainability goals, ensure food safety, protect against cybersecurity and improve intra-Africa trade.

During the Fostering a Sustainable World session, panelists agreed that sustainability was no-longer the purview of research. As climate change makes itself felt it has become everyone’s business from consumers, to companies, investors and governments.

For companies to have good intentions about sustainability was no longer sufficient. They have to be able to prove they are walking- the-talk, and this is done through certification, said Marc Roussel, Senior Vice President Bureau Veritas (BV) Africa. He pointed out that BV, a global testing inspection and certification company, was assisting clients assess their environmental impact at every step of their supply chain.

In Africa sustainability must include inclusivity so everyone is part of rewriting the future. Companies need to value the good behaviors and initiatives of employees who are also citizens and carry the sustainability message to others, said Jean-Claude Lasserre, Africa CEO Saint-Gobain, a world leader in building materials.

The Energy and Petroleum Regulatory Authority (EPRA) Kenya Director General Daniel Kiptoo implied that the private sector was far more agile in researching and implementing new sustainable energy concepts even though they needed to work in collaboration with Governments. “Private entities require the much needed political goodwill to support innovations in the private sector”

Marc Roussel suggested that sustainable goals could be achieved within an organization by defining the ideal target and different levels of participation so everyone clearly understands what is acceptable and what is not; and everyone from employees to customers can play their role.

Bureau Veritas was also working closely with developers of innovative green solutions, where third party design testing and approval was required as a first step to eliminate as far as possible long-term risks and mistakes. An example was the recent release of a principle approval for a new offshore floating solar platform.

“With a 350% increase in ransomware attacks in the past year, along with an increase in phishing and social engineering, everyone needed to understand their cybersecurity risks”, said Clayton Kyd, head IT&IS Africa, Bureau Veritas. Amit Roy, Atos head of Cybersecurity Practice for Middle-East, Turkey and Africa added “The biggest risk for all businesses is not understanding their cyber risks, safety management and having a backup plan to ensure the company recovers quickly from a cyber-attack.” Roy pointed out that the convergence of IT, Internet of Things and cloud computing were also adding to the complexity of cyber security and it was vital to have a defined plan for this convergence.

Ironically for a business conversation on Shaping a World of Trust, in order to do this, companies needed to implement a Cyber Security  strategy that allow the identities of users to be continually verified. One aspect of this would be identity access management.

Getting support and the budget to undertake a gap analysis and put in place a strategy and training to prevent and overcome a cyber-attacks is always an issue.

In bigger companies this can be motivated by quantifying the loss associated with an incident. However, in small businesses a cyber-breach and loss of intellectual property could mean the end of the business. At the very least, small businesses should put in place fundamental checks and balances and keep a backup off site. Subscription services to monitor and help protect small businesses were also available.

Challenges with cyber security include companies being unable to benchmark their boundaries that need to be protected; lack of awareness of cyber security and lack of user education and cyber skills to design a risk management strategy.

Although cyber security is everyone’s issue it is not treated like that in business. It is not a software or hardware matter only. It requires the alignment of processes, people and technology, access management control and the resilience to recover quickly, post a cyber-attack.

The African Continental Free Trade Area Agreement (AfCFTA) focuses on phasing out the tariffs on 90% of goods exchanged between African countries; eliminating non-tariff barriers; the definition of rules of origin and a deal on customs cooperation and trade remedies.

While the agreement holds enormous potential to increase intra-continental trade from the current 16% to around 60%, it comes with challenges that need political will to overcome.

For Babajide Sodipo, Senior Manager African Union/AfCFTA Relations and Trade Policy at Afrexim Bank, the agreement offers such a transformational opportunity for the continent that it has to be implemented despite the challenges, which include language and culture barriers, different legal systems and lack of capacity to understand and implement the trade agreement. AfCFTA is not a magical tool. It is a legal agreement and countries have to clean up their business environment, increase productive capacity to make it work.

Partnerships between the public and private sector could help governments successfully overcome the challenges of AfCTFA. For example the implementation of a single window platform automates, optimizes and dematerializes customs processes, thereby eliminating many of the risks of a manual system.

The challenge for manufacturers exporting across Africa lay in the standards, achieving quality and productivity as well as overcoming language barriers, said Florence Muleya Chief Executive, Zambian Association of Manufacturers. While AfCFTA held enormous potential for Zambian manufacturers the devil was in the nitty-gritty details. Achieving the agreement’s ideals would require co-operation, with large companies assisting smaller companies to overcome their challenges.

For manufacturers to achieve better intra-African trade they firstly needed to understand the regulations of the country of export and secondly find the right service provider with a network across the continent which can manage not only the logistics but also the regulations or specific rules in each country, and the different languages, such as French, said Emmanuel Zanino, Managing Director Zalawi White Horse Carriers, Bolloré Group.

Kuseni Dlamini, Chairman of Massmart Holdings, a pan-African retail company, was upbeat about the agreement. Africa had an opportunity to learn from other continental trade blocs and the possibility existed for Africa to become a first world regional bloc. He pointed out that it was imperative for companies to invest in Africa’s youth as they were the future of companies in the continent.

Collaboration across a wide range of public and private sector stakeholders, including those representing consumers, was a key element of the functioning of the Food Safety Initiative (FSI): Consumer Goods Council of SA.

The FSI collaborates closely with relevant national authorities, stakeholders and experts in order to provide objective, independent scientific advice, as well as assistance in relation to related legislation. It is dedicated to promoting the safety, responsible manufacturing, importation, marketing and selling of food and beverages (Alcoholic and non-alcoholic).

Highlighting the successes of the FSI through collaboration, FSI Executive, Matlou Setati, said the implementation of the Department of Health’s salt reduction regulations saw manufacturers working together and sharing research to mitigate and resolve implementation hurdles. Despite the good intentions of the regulations in improving the health and nutrition of the population; during production the quality and integrity of products was affected and CGCSA had to ask for some extensions to ensure product reformulations meets safety and quality standards and customer satisfaction.

Another challenge encountered was in sodium testing alignment between private and government laboratories. Collaborative discussions resulted in the National Metrology Institute of SA providing the solution by means of – proficiency testing. All relevant laboratories and the Department of Health took part in proficiency testing thus ensuring alignment, credibility and creating trust, said Setati.

SMMEs in the food sector have “big hoops to jump” and need a lot of assistance in meeting the various regulations. For instance, the CGCSA in partnership with the W&R Seta provided capacity building to various SMME’s and one producing fruit juice cannot achieve a certificate of acceptability due to a lack of  machinery and still needs to work on processes&procedures for cleaning, pest control etc.

Assisting to build SMMEs in the sector is another opportunity for the sector and it is imperative for all role players in the value chain to work together to support SMME’s – auditors, certification bodies, consultants and the regulator. SMME capacitation positively impacts on the economic imperative of creating employment in South Africa, said Setati.

For more detail and information on the Shaping a World of Trust: A business conversation, discussions go to https://bit.ly/3tPErFL

Distributed by APO Group on behalf of Bureau Veritas.

Issued By: Assegai&Javelin
On Behalf of: Bureau Veritas

Bitcoin backs away from record high just above 67k

India among 11 'countries of concern' on climate change for U.S. spy agencies