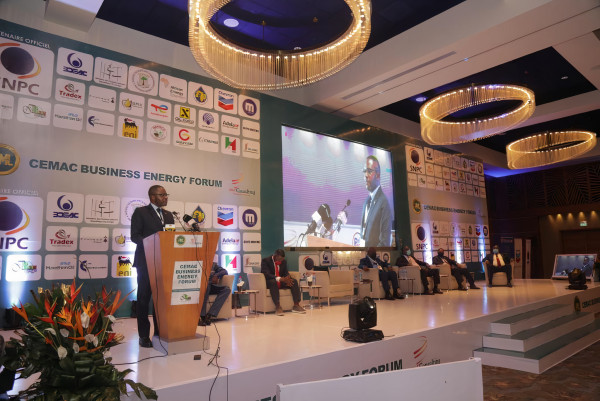 The CEMAC Business Energy Forum, organized by Pro Meet Up and Learn and ML Consulting, which took place in Congo-Brazzaville on 29-30 November, concluded with interactive reflections between stakeholders in the CEMAC region's energy sector –  with a focus on developing member countries’ resources in a sustainable and mutually beneficial manner.

As a dedicated meeting platform for the Central African Economic and Monetary Community (CEMAC) sub-region – comprising six African countries including Gabon, Cameroon, the Central African Republic, Chad, the Republic of the Congo, and Equatorial Guinea – the Forum touched on themes involving the implementation of the African Continental Free Trade Area (AfCFTA), the imperative of developing the regional energy industry and the establishment of public-private relationships.

As one of Africa’s most influential oil and gas organizations, APPO has demonstrated its dedication as a partner by pursuing accelerated growth across all its member countries, including CEMAC participants. The Forum demonstrated APPO’s commitment to the region and the organization’s devotion to addressing energy development and encouraging the creation of leading regional, multinational companies in the field of energy in order to benefit from and support other member countries.

Serving as a platform through which African energy stakeholders may unite and drive industry growth and development while promoting the continent as the primary destination for African-focused events, ministerial representatives of the CEMAC sub-region and APPO committed to endorsing African Energy Week 2022, an interactive exhibition and networking event that will be held in Cape Town, South Africa next year.

The first panel discussion focused on the theme of South-South cooperation and the promotion of synergies and inter-country investment, with a key takeaway being that Central African states should take their time to achieve the objectives of the global energy transition. The panelists agreed that gas production remains the appropriate solution to addressing climate change, provided that actions are conducted in synergy within the sub-region. As the most viable method for easing the transition towards renewables, it was noted that natural gas remains an intermediate and abundant resource within the sub-region and may serve to promote the development of future resources in a sustainable manner.

The second panel discussion’s theme touched on the future of CEMAC from the perspective of major financial institutions, with panelists discussing the role of small- and medium-sized enterprises (SMEs) and their ability to serve as a driving force for wealth creation within the sub-region. It was noted that strengthening the free movement of people and goods in the region would facilitate economic and energy growth by making companies more competitive due to free market principles and reduced barriers of entry. Key objectives undertaken by participants of the Forum involve the creation of a sub-regional energy terminal to address and alleviate the energy deficit in CEMAC countries, while maintaining exchanges between oil and gas ministries for feasibility studies of regional projects, as well as the creation of a network of SMEs and supplier-managed inventories within the sub-region for the sustainable growth of their economies.

Representing one of the richest regions in Africa regarding its natural resources, the theme of the third panel discussion involved major future projects in liquefied petroleum gas, liquefied natural gas, and other potential opportunities in the CEMAC region.

Panelists discussed pooling resources and developing and integrating the region’s efforts in boosting its economies, as well as how the reduction of tariff and tax barriers within the CEMAC region may serve to create a more investment-friendly environment. It was noted that the regulation of exchange rates between companies will result in a reduction of financial risks, while improving the security issue within the sub-region. A key takeaway from the panel discussion involved the encouragement of cooperation in the effective operationalization of the continental free-trade area and improving exchange regulations in the sub-region.