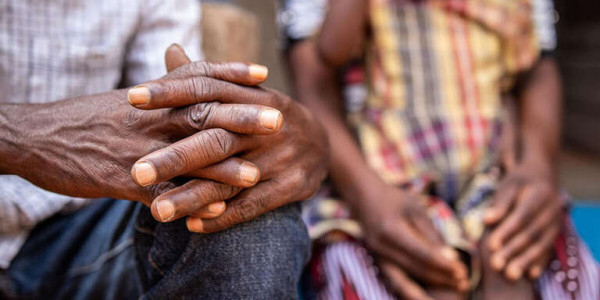 At least 51 children, most of them girls, have been abducted by non-state armed groups in the northern Mozambique province of Cabo Delgado over the past 12 months, according to a new analysis by Save the Children. With figures only reflecting reported cases, the actual number of child abductions is estimated to be far higher [1]. There is currently no verified data available to show the number of children who have managed to escape their captors or the number of children still missing.

Save the Children's analysis of violence in Cabo Delgado, drawing on data collected by the Armed Conflict Location&Event Data Project (ACLED), shows that the abduction of children has become a new and alarmingly regular tactic by armed groups involved in the conflict. Prior to 2020, there were no records of intentional child killings or kidnappings by groups in Cabo Delgado.

Save the Children's analysis reveals a series of incidents where children have been targeted for abduction, sometimes in large groups. In one attack on January 7, 2021, 21 people were abducted in a group, including six children. In that same incident, at least seven fishermen were beheaded. In another attack on June 9, 2020, ten girls were abducted while drawing water from a local well.

Save the Children is deeply concerned about the safety and well-being of these children, some of whom have been taken from their parents over a year ago. The agency is playing a crucial role in protecting unaccompanied and separated children, reuniting them with their families, and creating community-based systems to protect children from exploitation.

Children have been abducted on their own or in large groups, Save the Children found. They have been taken while in the open or from their homes, many of which were subsequently burned. Many of the children have also witnessed atrocities while being taken away by the attackers. On one attack on June 5, 2020, an armed group beheaded 11 people and abducted seven girls.

Nura*, 42, her husband Sebastian*, 51, and their four children are originally from a small fishing village but were forced to flee to Palma in August 2020. On March 24, 2021, armed men entered Palma and forced the family to flee again. On the way to seek safety, the family was abducted by armed men. They all escaped except for their eldest daughter, 14-year-old Clementina*.

"When we arrived in Ingoane, there were armed men,” Nura told Save the Children. ”They started to write our names inside a book. Our names, person by person, until the end. They started to choose people they wanted to lock inside the houses. They took our daughters and locked them in different houses. And took us and locked us in another house. After I was separated from my husband, I was scared."

"Later, they came back and took the girls who interested them. They left the women inside the house. In the evening, after they had taken our daughters away, we broke out of the house. After we broke out, we walked in the bush at night with our babies. Right now, my chest is hurting. My heart hurts. I'm crying inside."

Save the Children is appealing for the immediate release of all abducted children in Cabo Delgado and for the perpetrators to be held accountable. All parties to this conflict must stop targeting children and ensure that kidnapped children are safely returned to their families.

Save the Children's Country Director for Mozambique, Chance Briggs said:

"Abducting a child constitutes one of the six grave violations against children in times of conflict, as defined by the United Nations.[2] It is against international humanitarian law and can be a first step towards war crimes such as forced child conscription or sexual violence against children."

"Being abducted, witnessing abductions, experiencing attacks, being forced to flee from armed groups – these are extremely traumatizing events for young children and adolescents. Our hearts go out to these children and their families, many of whom have been separated now for a year or more."

"Abducted children who have escaped or have been released, as well as their parents, must be given adequate support for a swift return to normal life, and those who are still missing must be found as soon as possible. Every day spent by abducted children outside their community is one too many, and the risks of abuse, early marriage, and pregnancy increase the more time goes by.

"All parties to this conflict must ensure that children are never targets. They must do their utmost to minimize civilian harm, including ending indiscriminate and disproportionate attacks against children. Better yet, ending the conflict can end these violations against children and their rights."

At least 700,000 people, including at least 364,000 children, are now displaced in the provinces of Cabo Delgado, Nampula, Niassa, Sofala, and Zambezia as a result of violence and insecurity. At least 2,852 people have reportedly died in the conflict, including 1,409 civilians [3], although this number is only reported deaths, and it's expected the actual number is much higher. Cabo Delgado is also still reeling from consecutive climatic shocks, including 2019's Cyclone Kenneth, the strongest cyclone to hit the northern part of Mozambique, and massive floods in early 2020.

Save the Children, and its partners are responding in support of displaced children and their families in Cabo Delgado. They have reached over 148,000 people, including over 86,000 children that have been displaced by both the conflict and cyclone Kenneth that struck in 2019, with education and health services, food and livelihoods improvement, and water and sanitation programming.

Save the Children has also been providing child protection programming, including family tracing and reunification (for unaccompanied and separated children), in addition to mental health and psychosocial support for separated and unaccompanied children, child victims of abuse, and those showing signs of profound traumatic impacts resulting from the conflict.

[1] The 51 cases of child abductions were drawn from analysis of ACLED data from January 2020 – January 2021. ACLED codes reported events based on a rigorous sourcing methodology but does not independently verify events of violence. Other reports estimate the number of abducted children could be in the 1000s, but the methodology is not cited.

[2] According to United Nations Security Council Resolution 1261 (1999), there are six grave violations affecting children in conflict: (1) Killing and maiming of children; (2) Recruitment or use of children as soldiers; (3) Sexual violence against children; (4) Abduction of children; (5) Attacks against schools or hospitals; and (6) Denial of humanitarian access for children. See https://childrenandarmedconflict.un.org/six-grave-violations/  Recruiting and using children under 15 as soldiers is prohibited under international humanitarian law – treaty and custom – and is defined as a war crime by the International Criminal Court. Sexual violence can constitute war crimes and crimes against humanity under the Rome Statute of the International Criminal Court.

Distributed by APO Group on behalf of Save the Children.

Britain may toughen summer travel rules for Spain - The Times