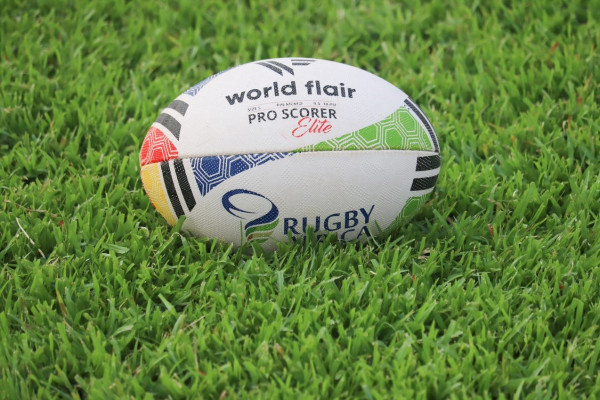 Despite the challenges of COVID-19 and travel restrictions, 13 top African rugby men’s teams have been competing through more than a month of on field competition in the 2021-2022 Rugby Africa Cup (www.RugbyAfrique.com) pool play-offs which culminated this Thursday in Harare, Zimbabwe.

The 2021–22 Rugby Africa Cup, which doubles as qualifying for the 2023 Rugby World Cup (https://bit.ly/3kLkuh5) for Africa began on 5th June 2021, where teams have been competing for one direct qualification spot into the final World Cup tournament and for one place in the final qualification tournament.

The World Cup qualification process doubles as a new two-year format for the Africa Cup (https://bit.ly/2UJmjAi). This year all games were live streamed as well.

Qualifying began with a round-robin tournament between Burkina Faso, Cameroon, and Burundi. The winner of this tournament Burkina Faso advanced to the group stage of the tournament.

Round 2 consisted of four pools of three teams, competing from 3rd to the 22nd of July 2021. The top two teams in each pool advanced to Round 3.

Each tournament brought with it their own excitement and showcased African competitive talent at its best. On kick off day on 3rd July, Namibia, and Kenya, the top two teams in African ranking, were defeated respectively by Cote d’Ivoire and Senegal. In pool C, Ghana the underdogs managed to secure a last-minute victory against Algeria.

Now that the competition has ended the teams qualified for Rugby Africa Cup Pools 2022 are:

Pool B hosted in Nairobi, Kenya

Going into the Rugby Africa Cup 2022 quarter finals are:

Speaking about the tournament, President at Rugby Africa, Khaled Babbou, said despite the challenges it was great to see all unions and administrators pull together to run a smooth game and keep the integrity of the qualifying process.

“For the first time, Rugby Africa adopted a truly inclusive approach whereby all eligible Unions were offered a chance to compete in the World Cup qualification process. Due to various reasons a number of Unions were unable to participate but still in the end 13 countries fielded teams in the various tournaments which is a remarkable achievement. Botswana, Rwanda, Mauritius, Eswatini declined to enter the competition due to on-going Covid restrictions hampering their teams’ preparation, Morocco and Nigeria Rugby Unions are currently suspended while Tunisia was unfortunately faced with last minute challenges due to an escalating surge of Covid-19 in their country.”

All matches of Pool D were due to be hosted in Monastir (https://bit.ly/3kKAwrl), Tunisia (https://bit.ly/36UyJYD), however due to the escalating COVID-19 situation in Tunisia, the group was moved to Zimbabwe. At the same time, the Tunisian  authorities did not clear the Tunisian team (https://bit.ly/2TtGjGz) to travel leading to the team’s withdrawal from the competition and allowing Zimbabwe – who is heading the pool -  and Burkina Faso to gain automatic progression to the next stage of the qualification process.

“The 2021 edition was particularly challenging due to the on-going pandemic of COVID-19, but Rugby Africa and the participating unions were determined to return to play safely, and it’s been a great success. We adopted and implemented strict COVID-19 protocols and it worked. Testing prior to travel, as well as every day before match day and observing social distancing including the wearing of masks and keeping the teams in their own sanitary bubble system. All match officials and volunteers were subjected to the same. Only two COVID-19 positive cases were recorded during the tournament, right after testing on arrival of teams, so they were isolated and treated and the close contacts were retested and fortunately were negative.”  Added Babbou.

Successfully executed, the tournament saw 400 players and management involved. When adding the U20 and women’s matches in the same period, there were a total of 23 games, with 650 delegates and 22 teams in total. Fifty match officials were deployed from Rugby Africa’s accredited panels which included match commissioners, citing commissioners, tournament doctors, referee managers and referees.

Reliving the game, Côte d’Ivoire, Kenya, Uganda, and Zimbabwe men’s captains said it was an honour to play on their home ground and be able to qualify.

“The team was really pumped to deliver outstanding games to our fans. We were very pleased and thankful to our union and Rugby Africa for producing a seamless tournament and allowing us to compete against each other,” said Côte d’Ivoire captain Charles Zamble.

Kenyan captain Samson Onsomu added that the respect for each other was tangible on and off the field. “It was great to be able to see and have our fellow African teams’ bond together and deliver entertaining games. The officials and administrators were remarkable in their duties and allowed us to participate on a global standard.”

Ivan Magomu Kanindo, captain of Uganda applauded his Rugby Union and Rugby Africa for an effortless tournament that had its challenges. “With COVID-19 we were all a bit anxious as to how we would compete safely and protect ourselves. We knew that we would be facing teams travelling from across Africa. However, Rugby Africa were most compliant and strict in following COVID-19 protocols and always ensured that our wellbeing came first.”

Zimbabwean captain Hilton Mudariki was thrilled to have earned a place in the quarter finals. “As a team we prepared in anticipation for an action packed match, and so, therefore, we ensured that once we were on the field we put our best foot forward and we succeeded in doing so.”

Here is the link (https://bit.ly/3zvcK6K) to the full competition results.