Danube Welfare Center's Sana Sajan: Maximise potential because you only live once

In the second of a series on the families of UAE business leaders, we speak to the daughter-in-law of Danube Group founder, Rizwan Sajan, about Danube Welfare Center and other philanthropic activities

Dr. Sana Sajan at an event at a Danube Welfare Center.

Danube/Handout via Thomson Reuters Zawya
By Staff Writer, ZAWYA
Dr. Sana Sajan made headlines in May this year when she tied the knot with Adel Sajan, heir to the Danube Group building products empire, on a luxury cruise liner in the middle of the Mediterranean Sea, with around 1,100 guests.
However, not many people are aware that after the fairytale wedding, Sajan set to work in more modest surroundings - a small cabin that had been assigned to her at Danube Group's headquarters in Jebel Ali.
It is from this location that Sajan, who is also a qualified dentist, painter, horse rider, biker and a poet, set to work to spearhead a major corporate social responsibility (CSR) initiative within the company - the Danube Welfare Center ((DWC)).

DWC is an initiative that was announced in 2012 as a not-for-profit activity to help blue collar workers develop skills to advance their careers. The centre offers English language courses, as well as other classes offering interview skills and courses aimed at building self-confidence.

In an interview with Zawya in September, Sajan explained that taking up the cause of blue-collar expat workers was a natural progression for her, given that she comes from a family of doctors and philosophers.

She has been entrusted to run DWC by her father-in-law, Rizwan Sajan, the founder and chairman of Danube Group, who came up with the idea for the centres.

Within a few months of being appointed as the director of (DWC), she has expanded the number of centres from one to six. 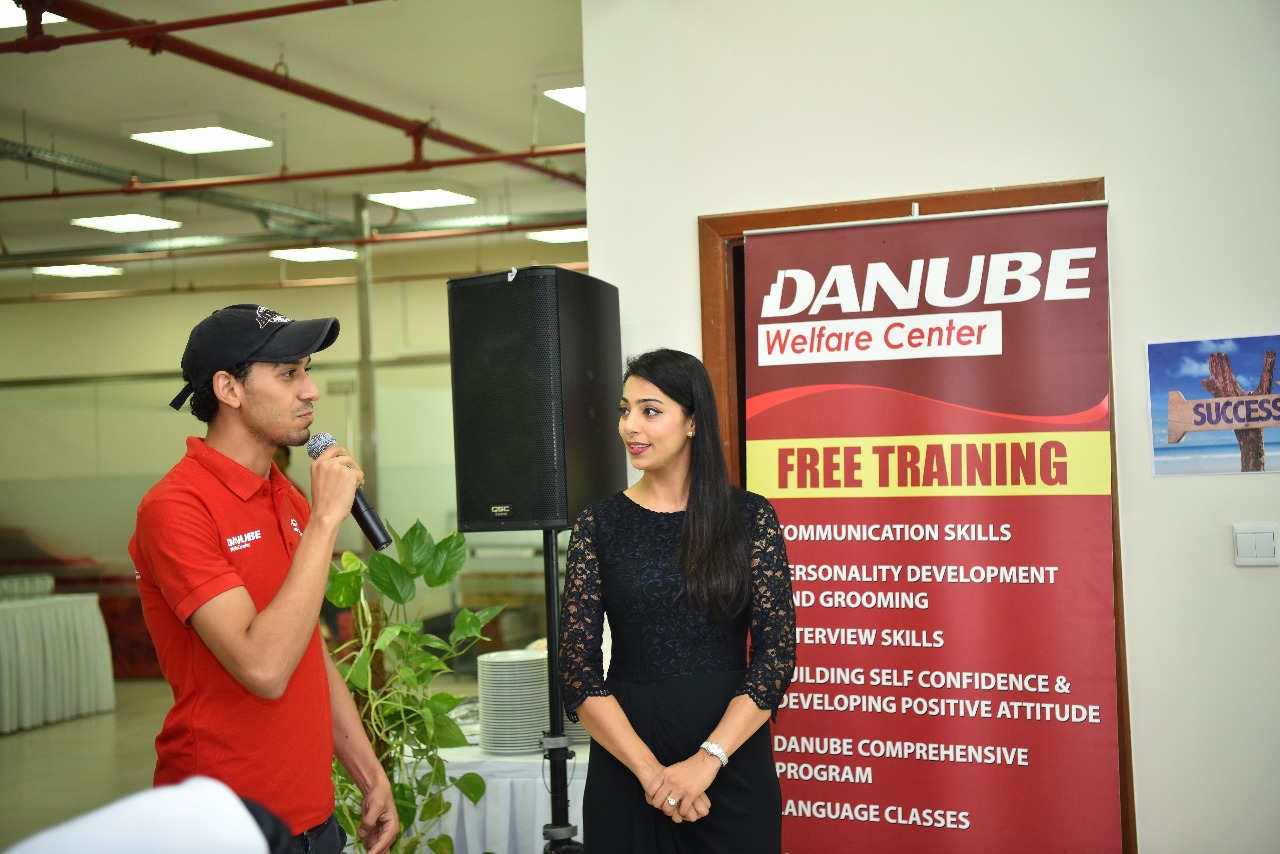 (DWC)’s initiatives include a three-month English language programme that aims to help workers become more confident when interacting in English. DWC has also recently introduced basic computer classes to a centre in the JAFZA South area.

"Once the workers are groomed with new skills and knowledge, they become more productive and thus command a better life and contribute to society," Sajan explained.

"I always believe that as human beings, we should maximise the potential that we have because we will never live again.

"With the help of the Welfare Center, every individual at Danube will have an opportunity to obtain meaningful employment and achieve maximum potential,” she added.

The first DWC programme, which began in 2012, was set up for the company's own employees. It started with 40 employees, of which 15 subsequently gained promotions. In total, more than 5,000 students have been trained through the centres over the past five years.

The initiative has taken off this year, though, to coincide with the United Arab Emirates' Year of Giving initiative, and has been broadened to train employees from a variety of organisations. Since Sajan became director earlier this year, more than 1,300 students have been enrolled into the programme.

"This is our way of giving back to the UAE society. What started as a small initiative by a company has now caught the imagination of others," Sajan said.

In April 2017, Jebel Ali Free Zone Authority (JAFZA) South signed a deal with Danube to offer blue-collar workers within the free zone the chance to achieve their potential.

There are six (DWC)s currently operating in various parts of Dubai and Sharjah. Apart from the centres located in Karama, Jebel Ali, JAFZA South and Sharjah, DWC has a dedicated branch to train workers from the Khansaheb Group.

DWC has also agreed a deal with Roads and Transport Authority (RTA) to train cab drivers, "keeping in mind that our taxi drivers are the first interface between the tourists and Dubai", Sajan said.

"When I interact with the workers undergoing the training, I can see the visible difference not only in communication, but also in their attitude, confidence level as well as a positive frame of mind. Basically, we are teaching them how to fish," she said, in reference to the proverb that if you give a man a fish, you feed him for a day but if you teach a man to fish, you feed him for life.

Moving ahead, Sajan has also started a music appreciation course titled ‘Voice of Camps’. Sufi music classes are held every week to train interested workers. A contest will be held early next year, with workers from different labour camps pitted against each other before an overall winner is selected.

"Educating workers is not only about ABCD," Sajan said. "Of course, phonics is important. But the idea is to give them professional education, teach them time management and also to infuse team spirit among them," she says.

The DWC is not the only charitable organisation that Sajan is involved with in her adopted city of Dubai since she left Delhi in 2010.

In Dubai, long before she got married, Sajan hosted art classes and painting sessions for patients at the Latifa Hospital’s Thalassemia Centre.

"It is not only about money. You have to give them your time and your energy. Giving in any form comes intrinsically to me and I enjoy it," she said.

This activity eventually led to Sajan introducing ALIF (Art Lovers' International Festival) under the patronage of Sheikh Sultan Bin Khalifa Al Nahyan Scientific and Humanitarian Foundation in 2015. The festival seeks to raise awareness of, and funds for, thalassemia patients.

"ALIF is the first [letter of the] alphabet in Arabic and Urdu. It stands alone,” said Sajan.

"It is most difficult to take the first step - the stationery momentum holds you back. But once you start, it just rolls everything. ALIF signifies the start for me."

Through the ALIF initiative, Sajan sold 26 of her paintings to support patients. She has also been contributing at least one painting each year to the Al Noor Foundation for auction.

Sajan is also one of the brand ambassadors for Dubai Women's Run, which is being held in Dubai on Friday (November 17).

When asked about her future plans for (DWC), she said: "Now, Dubai is my home and we see the glitz and glamour. But there is always a place where you can give to needy people. It is just that you have to turn around and look."

She says that there is already a detailed, five-year plan in place for DWC and that the centre has been working with the Dubai government's Happiness Ministry, as well as negotiating a potential deal to bring education to prison inmates.

"Luckily, we are in Dubai and the government here is talking about happiness so everything is happening in sync. I am just in the right place at the right time," she added.